Famed attorney Alan Dershowitz on Wednesday filed a multimillion-dollar lawsuit against Netflix and the producers of "Jeffrey Epstein: Filthy Rich" over his portrayal in the docuseries about the deceased multimillionaire and accused child sex trafficker.

Lawyers for Dershowitz, who was interviewed for the 2020 series, allege he was misled "knowingly and deliberately" by the producers, who "maliciously and intentionally" portrayed him in "a defamatory manner."

They did that by "promoting and bolstering false allegations of sexual misconduct against Professor Dershowitz," says the lawsuit, which was filed in southern Florida federal court.

A Netflix spokesperson told CNBC in a statement that Dershowitz's lawsuit "is without merit, and we will vigorously defend our partners and the series."

Epstein victim Virginia Giuffre alleges she had been recruited as part of the dead money manager's sex trafficking operation and had been directed to have sex with Dershowitz and others.

Dershowitz, who is still fighting Giuffre in court, denies he had sex with her and says he never met her. His defamation suit accuses the defendants of "not presenting evidence in the Netflix Epstein series that they received and agreed to present," which he says exonerates him.

A lawyer for Giuffre did not immediately respond to a request for comment.

Dershowitz is demanding at least $20 million each in damages for four separate causes of action, including defamation and breach of contract, according to the lawsuit.

Philip Byler, an attorney for Dershowitz, told CNBC in an email that "the damages figure reflects that Professor Dershowitz's reputation has been severely damaged." He noted that compensatory claims usually get refined during the course of litigation.

"I am sure you would not want to be taunted about liking sex with underage girls," Byler added.

Dershowitz more than a decade earlier had helped negotiate a plea bargain for Epstein that required the financier to register as a sex offender. Epstein was arrested on sex trafficking charges in July 2019. He hanged himself in his jail cell in Manhattan federal lockup about a month later.

More recently, he told CNBC he was advising lawyers for MyPillow CEO and election conspiracy theorist Mike Lindell in a defamation suit.

Byler in a statement said Netflix and the Epstein show's producers used the professor's name "to drive views of their miniseries and then proceeded to defame him with clever manipulation of facts."

"This makes a mockery of our First Amendment, victims' rights, and the truth itself," Byler said. 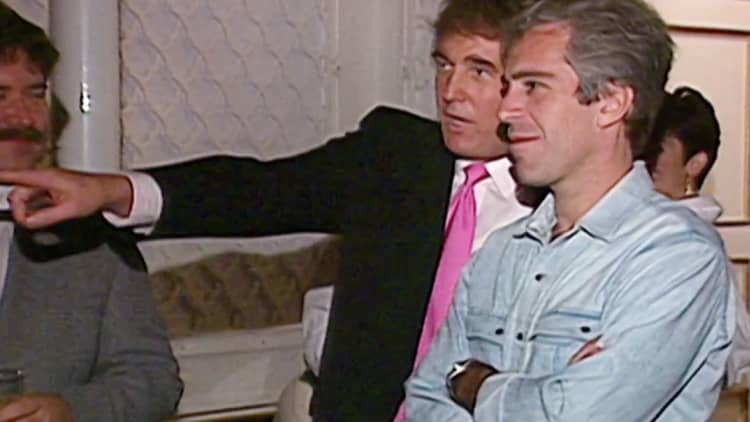