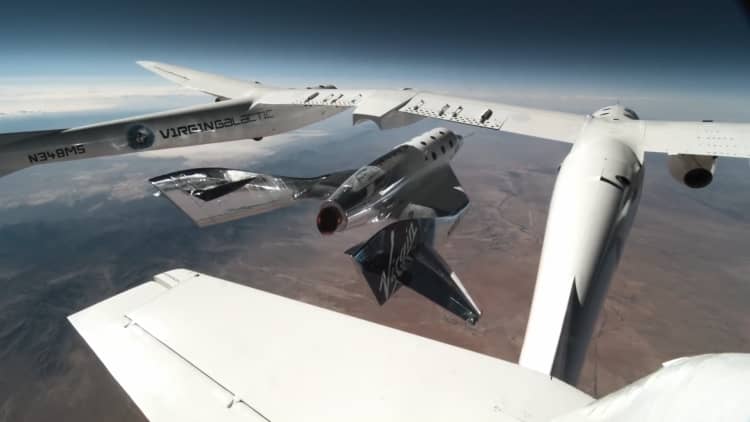 Virgin Galactic announced Friday that the Federal Aviation Administration granted the company the license it needs to fly passengers on future spaceflights, a key hurdle as the venture completes development testing.

"The commercial license that we have had in place since 2016 remains in place, but is now cleared to allow us to carry commercial passengers when we're ready to do so," Virgin Galactic CEO Michael Colglazier told CNBC. "This is obviously an exciting milestone and a huge compliment to the team." 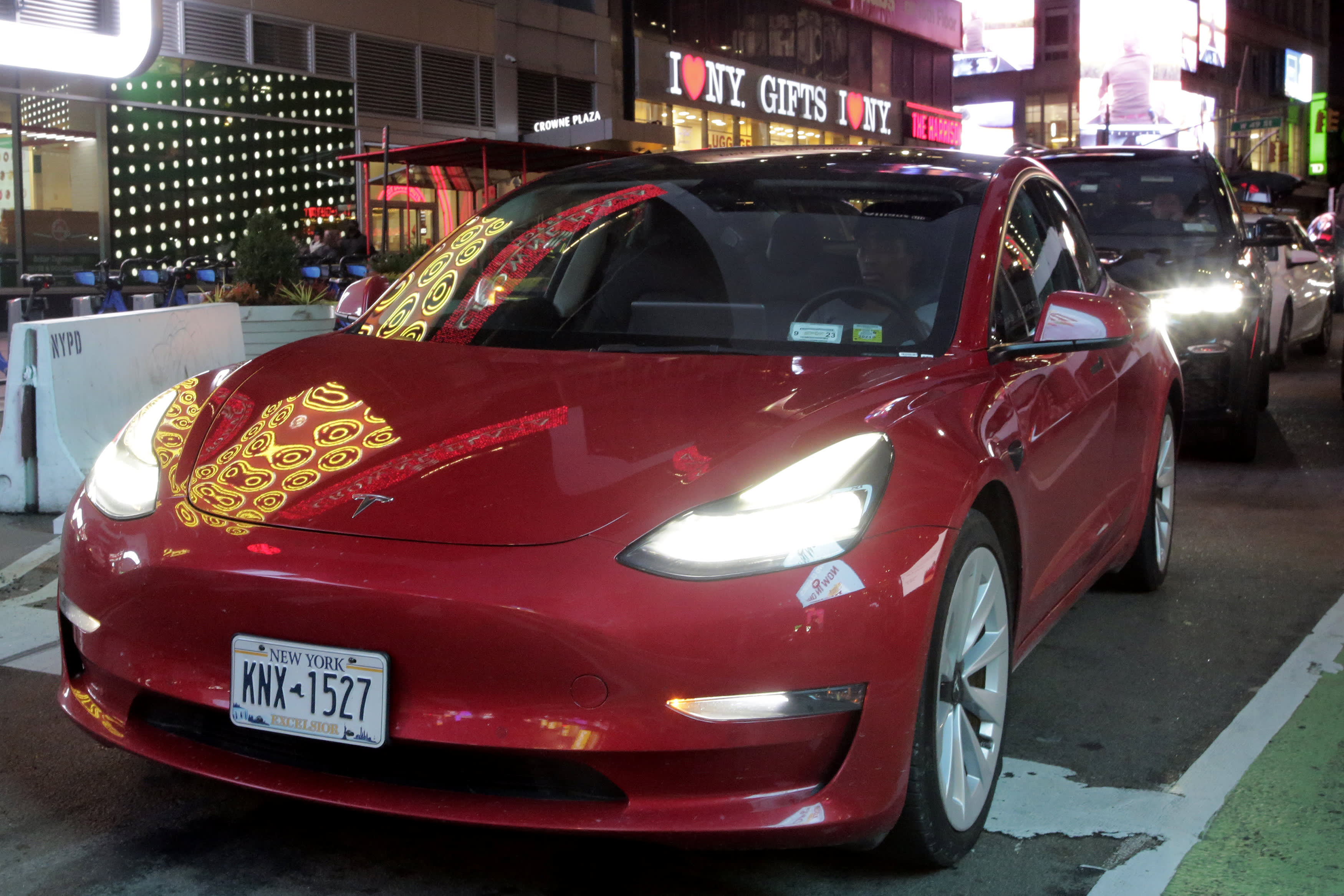 Virgin Galactic's stock jumped 38.9% in trading on Friday, its largest ever rise in a single trading day, to close at $55.91. Shares had tumultuous start to the year, with the stock climbing above $60 in February and then plummeting to a low near $15 last month before rebounding.

While the FAA previously gave Virgin Galactic a launch license to conduct spaceflights, the license expansion allows the company to fly what the regulator calls "spaceflight participants." The company completed a 29 element verification and validation program for the FAA, clearing the final two FAA milestones with its most recent spaceflight test in May. Colglazier noted the last two milestones were specific to the spacecraft's flight-control systems and inertial navigation systems.

Notably, Virgin Galactic chief astronaut trainer Beth Moses is the only nonpilot to fly on one of the company's spaceflights. To date, five Virgin Galactic employees, including four pilots, have become FAA-recognized astronauts – as the U.S. officially views an altitude of 80 kilometers (or about 50 miles) as the boundary to space.

Virgin Galactic's spacecraft Unity is designed to hold up to six passengers along with the two pilots. The company has about 600 reservations for tickets on future flights, sold at prices between $200,000 and $250,000 each.

With three spaceflight tests completed to date over the last two years, Virgin Galactic now has three more spaceflight tests planned before it completes development. The company previously announced its next spaceflight would carry four passengers to test the spacecraft's cabin, its second would fly founder Sir Richard Branson and the third will carry members of the Italian Air Force for professional astronaut training.

However, a report earlier this month by a blogger based in Mojave, California – where Virgin Galactic manufactures its vehicles – said the company is considering reorganizing its flight schedule to launch Branson next over the July 4 weekend. The report came shortly after Jeff Bezos announced he would fly on Blue Origin's first passenger spaceflight, planned to launch on July 20 – suggesting Branson may yet try to beat Bezos in personally flying to space.

Colglazier said the FAA approval means "the flight test program shifts now" to demonstrating "the cabin experience" of the spacecraft.

"I know there's a lot of interest and speculation out there but we have not announced either the date nor the people that would be on those," Colglazier said. "We approach this very methodically, with safety as the first consideration, and when we have all those boxes checked and all the steps in place – that's when we can move forward and announce."

Development delays have pushed back the company's promised beginning of commercial service from mid-2020 to early 2022.