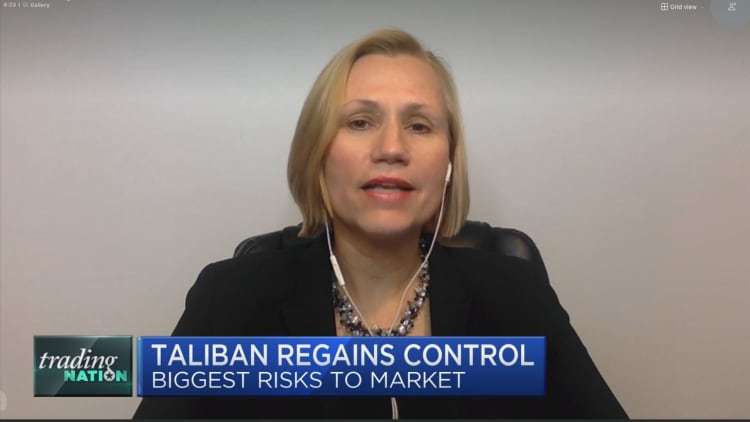 There are two risks high on Invesco's radar, but the Taliban takeover in Afghanistan isn't one of them.

"This [Afghanistan] is certainly a human tragedy. It's a disaster," she told CNBC's "Trading Nation" on Monday. "Yet, what we have learned time and time again is no matter how big the disaster [and] no matter how significant the geopolitical risk seems, it rarely has much of an impact on markets."

According to Hooper, investors should focus on their long-term investment goals and keep a close eye on the Fed's tapering plans instead.

"It's a significant risk because we could see the Fed move too quickly to tighten policy," she noted. "It could even choke off the recovery."

Even though Hooper believes the risk is minimal, she's encouraging investors to be prepared for it.

"This is not the Fed of 2013. This is a Fed that is working very, very hard to communicate the slightest steps that it will take," said Hooper.

She's also concerned about the delta fallout and data from Israel showing the Pfizer vaccine has been losing its efficacy over time.

"That could mean there needs to be a very big effort in the U.S. to get booster shots out there before we have even reached herd immunity," she said. "We just want to watch this closely."

To hedge the risks, one of Hooper's top plays is emerging markets in Asia. It's a group that includes China, which is trying to cope with an economic slowdown.

"We've seen China do some things like reducing fiscal stimulus and enforcing some regulatory initiatives that it believes very strongly about for the longer-term," Hooper said. "We're likely going to see a moderation in growth for a variety of reasons including a slight resurgence of Covid-19. But the reality is that China is positioned for strong growth for the longer term. So, for those with a long enough time horizon, it's very attractive." 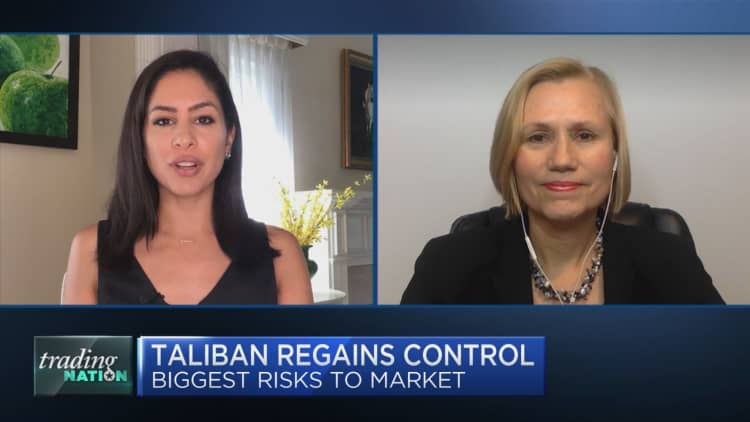