Charred trunks are seen on a tract of Amazon jungle, that was recently burned by loggers and farmers, in Porto Velho, Brazil August 23, 2019.
Ueslei Marcelino | Reuters

The current race to address carbon emissions is driving companies to support planting trees and other nature-based solutions. That's because other forms of carbon capture technology are too expensive to be attractive right now.

That has to change, argues Microsoft in an article published in the scientific journal Nature on Wednesday.

"It is cheaper and easier to establish trees and enrich soils than to deploy nascent technologies that capture carbon and store it geologically," the Nature article says.

In Jan. 2020, Microsoft announced that it aims to be carbon negative by 2030. That means that as a company it will remove more carbon dioxide from the atmosphere than it emits.

And by 2050, Microsoft aims to have removed all of the emissions it released since its founding in 1975.

Those are bold, audacious goals.

One year after making that pledge, Microsoft announced it purchased the removal of 1.3 million metric tons of carbon from 26 projects around the world. Some of those projects include initiatives to regenerate soil across US farms; expand forests in Peru, Nicaragua and the United States; and pay the Zürich, Switzerland-headquartered company, Climeworks, to use its technology and operate a machine in Iceland which "vacuums" carbon dioxide from the air and puts it into the ground where it mineralizes and turns to stone.

The Nature article summarizes what Microsoft learned, and its call to action for the market and policy makers. It is co-written by Microsoft chief environmental officer Lucas Joppa, other members of Microsoft's sustainability team and experts from Columbia University and the Environmental Defense Fund. It also draws on lessons from data the payment processing company Stripe has made public.

Trees are great, but not enough

When Microsoft was seeking proposals to remove carbon from the atmosphere, most were for nature-based storage projects which would sequester carbon for less than 100 years.

The pitches that Stripe got for biosphere based carbon storage projects — which means storage of carbon in plants and soils — cost $16 per ton of carbon dioxide.

Geosphere-based carbon storage project pitches — using technology to remove carbon dioxide and then storing it in rocks and minerals — cost anywhere from $20 to $10,000 per ton, and averaged $141, the article said.

Those prices were "similar" to what Microsoft received, the Nature article says.

The trouble with the cheaper methods is they're not as reliable. For instance, trees can be cut down, burned, or destroyed by pests. Natural solutions are also constrained by competing uses of land for vital purposes like agriculture and housing.

To be clear, Microsoft does support planting trees as a way to reduce carbon in the atmosphere. Microsoft joined the U.S. chapter of 1t.org, an effort to plant 1 trillion trees that's supported by Salesforce CEO Marc Benioff, when it launched in August 2020, a spokesperson for Microsoft told CNBC.

But even a spokesperson for that effort admits planting trees will not be sufficient.

"Key to the main thrust of the [Nature] piece is that it describes nature-based solutions as one part of the toolkit of carbon reduction strategies — we agree with that aspect entirely," Michael Becker, director of communications for 1t.org, told CNBC.

"There's been a lot of negative media regarding tree initiatives lately, namely the strawman argument that 'planting trees can solve the crisis' — something we firmly disagree with," Becker said. "Trees are one of our best nature-based solutions but can't solve the climate crisis on their own."

Also, Becker emphasized that 1t.org is focused on tree growth, not just planting.

"Tree planting initiatives are a key part of reforestation commitments and essential in areas that are too degraded to recover on their own," Becker told CNBC. "We use 'grow' to emphasize that simply putting a seedling in the ground is not sufficient – that tree needs to be supported to maturity to reach its full potential. It also needs to be the right species, planted in the right conditions, based in sound science."

The clean hydrogen energy economy was a dream. The climate bill could make it a reality this decade.

Technology, tracking, and standards must improve

In the Nature article, Microsoft and the other authors argue the market for carbon removal is small and needs to get bigger and better.

That market will grow, but more investment is needed to develop carbon capture technologies, and companies need more incentives to to use the best carbon capture strategies.

"Nature-based removal and storage, and technology-enabled removal and geosphere-based storage are not equivalent commodities and should not be valued as such," the article says. "Today's pricing on a per-tonne basis encourages companies to buy the lowest-quality carbon offsets."

Today, there aren't even reliable tools for tracking carbon at scale. That makes it hard for companies to be able to monitor more fully risks associated with various strategies.

There are groups helping to develop better tracking, including the international non-profit Science-based Targets Initiative, the Oxford offsetting principles from researchers at the University of Oxford, and the business initiative Transform to Net Zero, all mentioned in the article. Also, the Nature article recognizes the work of the non-profit organization Greenhouse Gas Protocol, which has guidelines for assessing emissions a company has internally and from energy purchased off-site.

But estimating emissions from an entire supply chain is still very hard — and vital.

"Three-quarters of Microsoft's emissions come from these, including building materials, business travel, product life cycles and the electricity that customers consume when using Microsoft's products," the article says. 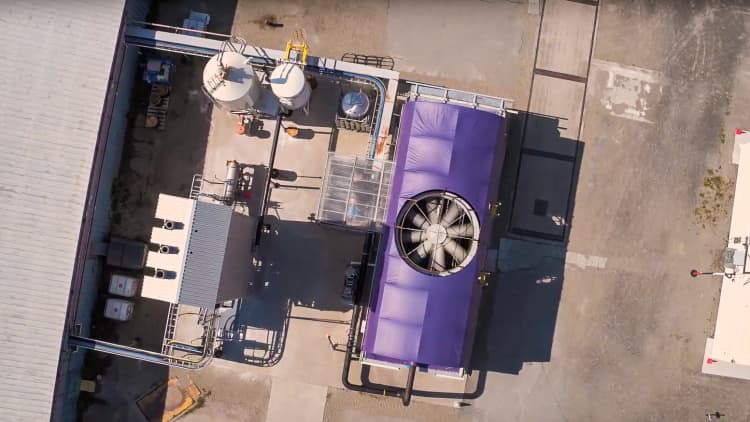