A temporary expansion of a tax credit aimed at workers with low to moderate pay could be extended for another year if the Build Back Better bill is passed.

That would be a win for people without children, particularly childless Black workers, according to a new report from the Joint Center for Political and Economic Studies.

However, even more improvements to the credit formally known as the earned income tax credit, or EITC, should be made to help support that population, according to the Washington, D.C., think tank.

The American Rescue Plan Act passed by Congress earlier this year, allowed more childless workers to get the EITC. The legislation raised the income limit for adults to qualify, and permitted workers ages 19 to 24 and those 65 and up to be eligible in the 2021 tax year.

Many of the workers who will benefit will be those who have been in essential jobs, like cashiers or home health aides, said Jessica Fulton, vice president of policy at the Joint Center for Political and Economic Studies.

Unlike the enhanced child tax credit, where families have received advance monthly payments since July, any money due back to workers from the EITC will be included when they file their tax returns next spring.

Those who are eligible could see bigger tax returns next year, due to the fact that the size of the credit was also temporarily increased.

"The maximum credit was nearly tripled to $1,500, which is a significant amount, if people are able to get that back into their pockets," Fulton said.

What the changes mean for Black workers

Black workers and other workers of color in lower-wage jobs generally tend to benefit from the EITC. But because the amount of the credit is based on income, marital status and the number of children claimed, childless workers are at a disadvantage, according to the Joint Center for Political and Economic Studies' research. 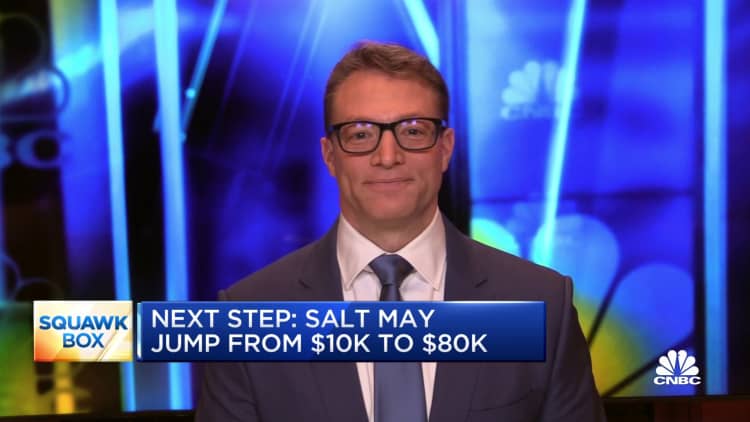 Those workers are at risk of getting taxed into poverty, due to the fact that they face federal income and payroll taxes that could lower their after-tax income.

More than 1 million childless Black adults ages 19 to 65 are taxed into poverty or deeper poverty due to federal levies, the report states, citing the Center on Budget and Policy Priorities.

How the credit could be improved

Certain aspects of the EITC tend to contribute to that problem, according to the report. For example, the maximum incomes for childless workers is too low. Meanwhile, childless adults under age 25 are excluded from claiming the credit while their peers who have children are not.

Those who are parents, but do not have custody of their children, are also at a disadvantage because they cannot claim the credit.

For starters, the Joint Center for Political and Economic Studies is advocating for expansions to the EITC put in place under the American Rescue Plan to be made permanent.

"Policy makers made those decisions because it's the right thing to do, and we need to continue on that path," Fulton said.

"It's really easy for people to discount the difference that this amount of money might make in someone's life," Fulton said.

"It will be a big boost to helping folks take care of the things that they need to take care of in the spring."