Rivian Automotive's electric pickups and SUVs are built to handle rough terrain, but even they might have trouble navigating the steep 57% decline in the company's stock so far this year.

Rivian will be called upon to answer whether it can turn its fortunes around after the company missed 2021 production targets and made a controversial price increase for current reservation holders when the automaker reports its fourth-quarter earnings and 2022 guidance after the markets close on Thursday. 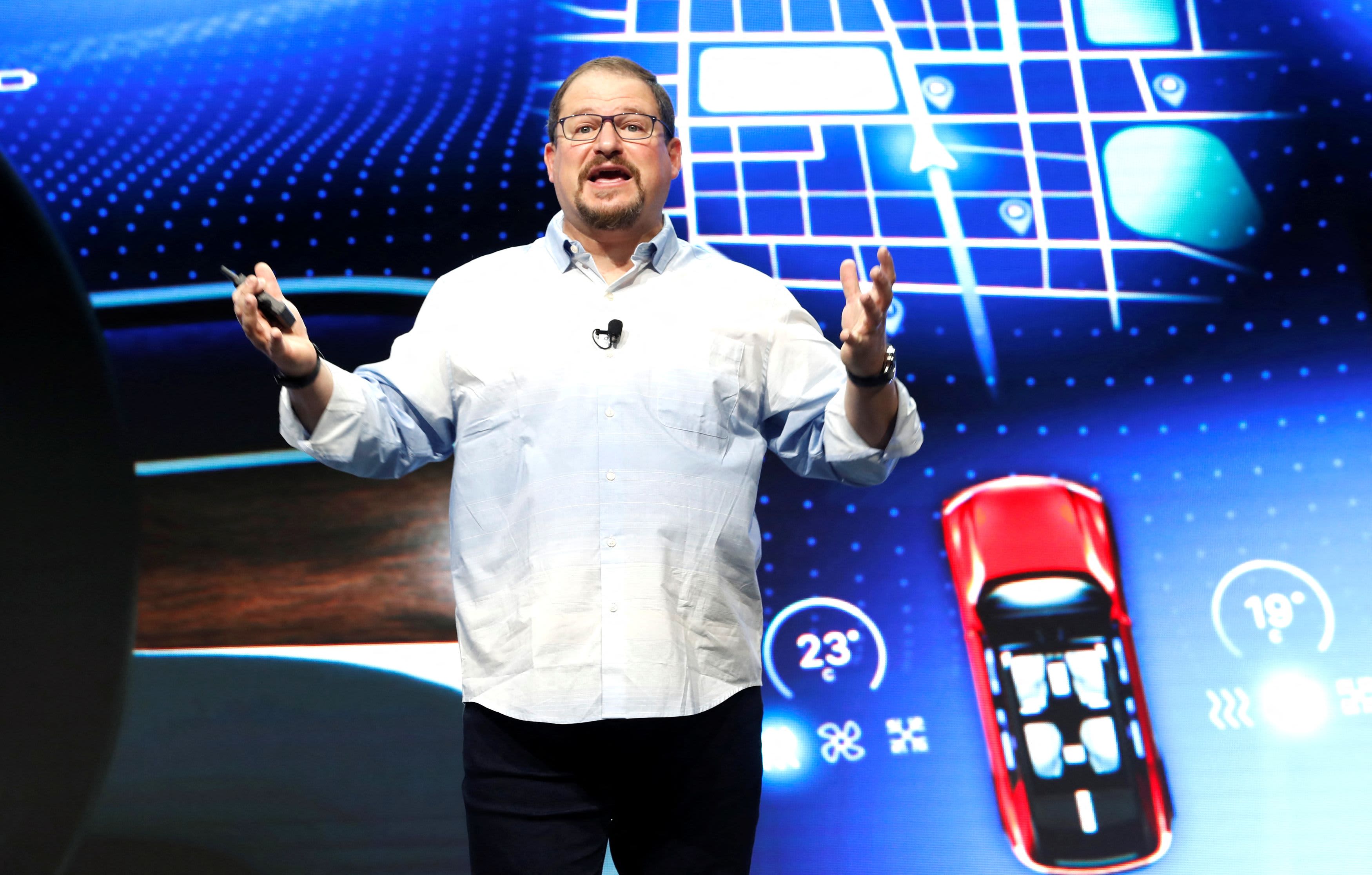 While investors will be monitoring last quarter's financial results, their prime focus will be on guidance and any changes to previously announced plans amid global supply chain problems, Russia's invasion of Ukraine and significant cost increases in crucial raw materials for its EVs. 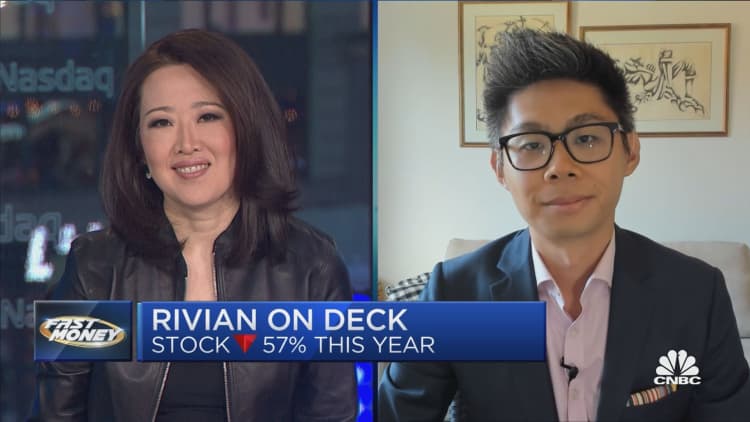 Wall Street will also be looking at Rivian's customer reservations and progress in ramping up simultaneous production of electric pickups and SUVs for consumers and an electric delivery van, the first orders of which are going to Amazon, holder of a 20% stake in the start-up.

Shares of Rivian, which went public through a blockbuster IPO in November, closed Wednesday at $43.95 a share, up 4.1%. They were off about 8% midday Thursday.

Here's what investors should know before Rivian's results are announced:

Rivian is a growth story. Like many speculative EV start-ups, Rivian is a bet on its future, not its current financials.

Rivian is expected to report a fourth-quarter adjusted loss per share of $1.97 on revenue of $60 million, according to estimates compiled by Refinitiv.

For the third quarter, Rivian reported an operational loss of $776 million and a net loss of $1.23 billion. 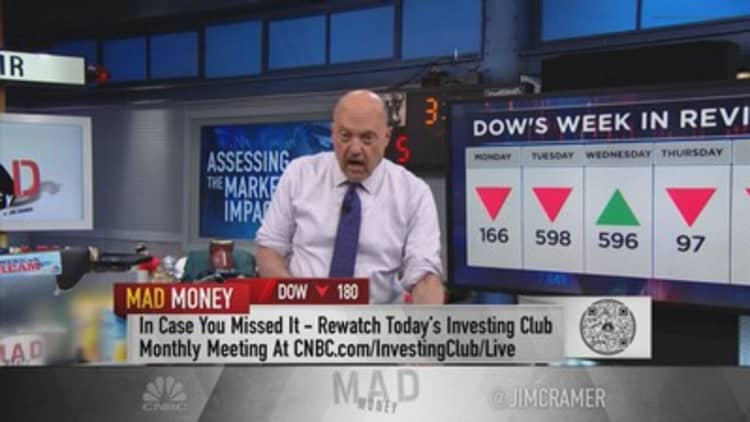 The company last year said it expected capital expenditures to be about $8 billion through the end of 2023.

Bank of America analyst John Murphy has said Rivian's "near-term business success will be measured by orders and production trends" rather than financials.

For 2022, Refintiv consensus estimates put Rivian's full-year adjusted loss per share at $4.97 and revenue at about $3.16 billion.

Shares of Rivian nosedived in December after CEO Robert "RJ" Scaringe disclosed the company would miss its 2021 production target due to supply chain issues as well as challenges ramping up production of the complex batteries that power the vehicles. The shares haven't been able to recover and are off 60% since that disclosure.

"Ramping up a production system like this, as I said before, is a really complex orchestra," Scaringe said in December. "We're ramping largely as expected; the battery constraint is really an artifact of just bringing up a highly automated line, and, as I said, it doesn't present any long-term challenges for us."

An electric Amazon delivery van from Rivian cruises down the street with the Hollywood sign in the background.
Amazon

Analysts and investors will want to know whether the company has been able to fix any or all of those problems.

Rivian paused production at its Normal, Ill., plant for 10 days to make some fixes, Scaringe said last month during a Wolfe Research conference, adding "we're now of course reaping the benefits of some of those line improvements that were made."

The company previously said it planned to add a second battery pack assembly line at its plant in early 2022.

The rapidly rising costs of commodities such as nickel, a critical ingredient in most long-range EV batteries, is likely to be a key focus during Rivian's earnings call. Russia is a major global supplier of nickel, and the price of the metal has surged as investors grapple with the implications of the heavy sanctions imposed in the wake of the country's invasion of Ukraine.

Against that backdrop, Rivian last week announced steep price increases – about $12,000 – on higher-end "quad-motor" versions of its R1T pickup and R1S SUV, saying that rising costs made the move necessary.

"Since originally setting our pricing structure, and most especially in recent months, a lot has changed," Scaringe wrote in a letter to stakeholders on March 3. "The costs of the components and materials that go into building our vehicles have risen considerably. Everything from semiconductors to sheet metal to seats has become more expensive and with this we have seen average new vehicle pricing across the U.S. rise more than 30% since 2018."

The company had initially applied the price increases retroactively to vehicles that had been ordered before March. But that plan was walked back after an outcry from customers. In a letter apologizing for the move, Scaringe acknowledged the company "made a mistake" that "broke" customers' trust.

Wall Street views vehicle reservations as an indicator of demand for new vehicles. That's a relatively recent development, driven by EV leader Tesla which takes reservations for its vehicles. 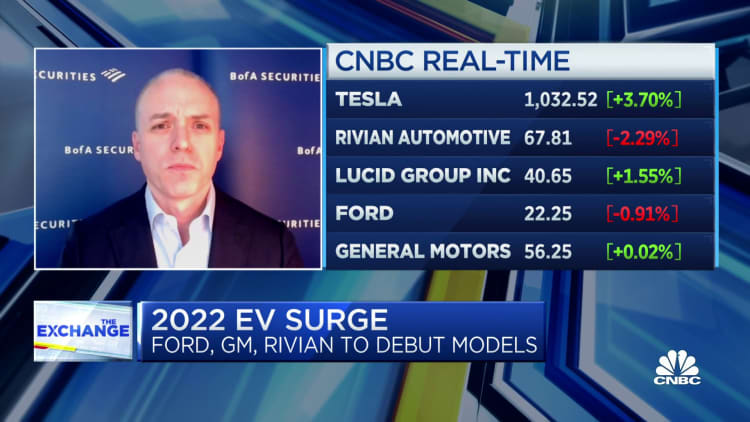 It's unclear how the pricing changes affected reservations. Rivian said it would allow customers who canceled a preorder after the increase to reinstate their order with the original configuration, pricing and delivery timing. But it maintained the higher pricing for reservations placed after March 1.

"Raising the cost significantly (~20%) on early adopters willing to take that leap of faith is not a great way to build brand equity," RBC's Spak said last week. "The debate will now become do the orders slow as the vehicles become more expensive (~$90k+) and invite more cross shopping."

Beyond the consumer reservations, Wall Street will be monitoring Rivian's production and inventory of commercial vans to Amazon. The retail giant, the largest stakeholder in Rivian, has preordered 100,000 electric vans from the start-up that with expected delivery through 2025.

—CNBC's John Rosevear and Michael Bloom contributed to this report.