Skip Navigation
Psychology and RelationshipsHarvard neuroscientist: The 'most underrated' skill all successful people...
Juliette Han, Contributor
Unlocked73-year-old pays $370/month to live in a 1,066-square-foot airplane
Celia Fernandez|Beatriz Bajuelos Castillo
Health and WellnessI'm a psychologist in Finland, the No. 1 happiest country in the world—here are...
Frank Martela, Contributor
Laysha Ward is the executive vice president and chief external engagement officer at Target.
Courtesy of Target

Tens of millions of Americans have quit their jobs for better work during the Great Resignation, and there are seemingly endless opportunities in today's labor market with nearly twice as many vacancies as people available to fill them. But if you're a jobseeker suddenly flush with options, how do you figure out if a new job will fit into your career goals?

Laysha Ward has an idea. She's spent more than 30 years with Target, first joining the sales floor at Marshall Field's in Chicago in 1991 when it was owned by The Dayton Hudson Corporation (which would later be renamed Target Corporation), and over time working her way up to becoming the executive vice president and chief external engagement officer of the company.

She never expected her Target career to last this long. She started right after graduating from Indiana University and originally intended to go into the Peace Corps. But Ward credits her long career with the company to two main things: feeling connected to Target's mission to be of service to all types of families, and building strong connections with peers, leaders and community members through her work.

"My personal purpose was to be of service to others, and to try to make a difference and have an impact," Ward says, particularly for historically overlooked groups including women and people of color.

CNBC Make It spoke with Ward, 54, for her best work advice, the tough feedback she got from a mentee and what it takes to build a long career with an employer.

CNBC Make It: Tons of people are changing jobs these days. What should they be thinking about to make sure their next move is really worthwhile?

Laysha Ward: First and foremost, reconnect with your purpose at home, at work and in your community. That should guide every career decision.

People should be asking very clearly and looking at: What does the company articulate as their purpose? What are their values? Ensure those are aligned with your own. And it shouldn't just be slogans on a website. You have to see it demonstrated in what the company is doing, how they treat their people and their customers.

I also think you have to understand what impact you want to make in a new job. What skills would you like to leverage or build, and how does the role that you have or the one that you're seeking help you accomplish that?

I do caution people at this time, when you're seeing so many folks make transitions, that the grass isn't always greener. It's important to explore possibilities where you are as well.

The best career advice I've gotten ties to the worst advice I've gotten, which I got very early in my career: An external stakeholder suggested that for me to be successful, I should act like one of the guys. I thought that was horrible advice.

The best advice I got was from a colleague who said the complete opposite. That person said I should be myself. I often say the world doesn't need an imitation of someone else. They need an original you. Certainly be open to the thoughts and lived experiences of others, but be yourself. I have gotten that advice on multiple occasions from both men and women, which has been powerful.

How has mentorship impacted your career?

I am a firm believer in the importance of mentorship, sponsorship and allyship as we grow as leaders.

I have several "reverse mentors," and one in particular stands out to me. It was in the early days of me starting out on social media, which I was hesitant to do and still am not very good at, frankly. This team member who, while junior in years of experience on some fronts, was significantly more experienced than I was in the social media landscape. They gave me some really tough feedback that my photos were not very good. It was like, "Ouch, I knew they weren't very good," but it was another thing to hear it out loud.

But, I appreciated that courage of someone who was quite a bit more junior than me, who felt like we had developed a trusted relationship with mutual respect. I was coaching and sharing information with them, but I was also in a position to be coached. I've been working on that feedback ever since.

So it's great to be not just a coach and a teacher, but to also be a good student. It's not always what you want to hear, but it might be what you need to hear.

Surely over 30 years you've had opportunities to leave Target. What's made you stay?

I've worked at Target for over 30 years, and it's because I've had the opportunity to continue to learn, contribute and grow in different parts of the business, and over different stages of my life and career.

And I think investing in our team and listening to their needs has really paid off. In the U.S. labor market, while we're seeing the highest turnover rate really on record, we've exceeded our goals to hire over 100,000 seasonal team members at our stores and in our supply chain operations. We are not seeing a similar level of turnover, which due to the pandemic had a disproportionate impact on women. At Target, women help shape our culture and hold our company accountable. Fifty percent of our leadership team is women, and one-third of our board of directors are women.

People want to be a part of purpose-driven organizations where they can see that it's possible to take care of people and the planet — and you can also make a profit. These things are not mutually exclusive. We can do well while doing good.

This interview has been edited for length and clarity.

Alicia Guevara, first Black and Latina CEO of Big Brothers Big Sisters of NYC, on being an ‘only’: ‘There was no blueprint for my leadership’ 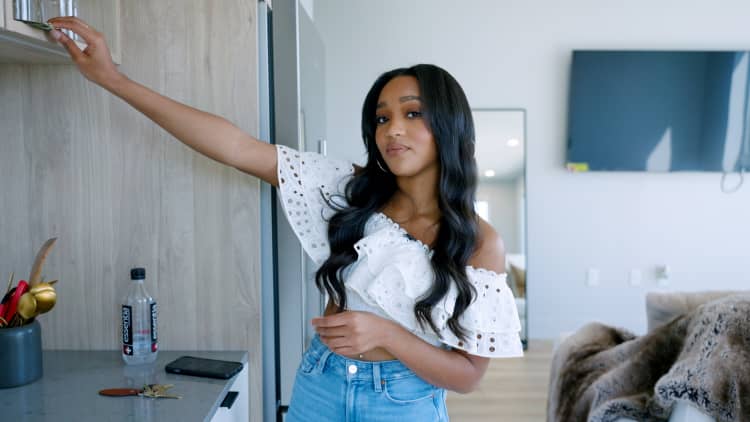