Twitter said that it would hold a shareholder meeting to vote on the company's $44 billion acquisition by Elon Musk on September 13.

The shareholder meeting will commence at 10:00 AM PT, and will be available via a webcast. Shareholders will be able to watch the meeting live and then vote, the company said in a filing with the Securities and Exchange Commission.

Twitter's board of directors has previously urged its shareholders to approve the company's sale to Musk.

Musk notified Twitter on July 8 that he planned to cancel the acquisition, citing allegations that the company failed to properly account for the number of spam and fraud accounts on its service, among other disputes.

Twitter then sued Musk to enforce the deal and alleged that the Tesla chief "refuses to honor his obligations to Twitter and its stockholders because the deal he signed no longer serves his personal interests."

The case is set to go to trial in October, although the two parties are still fighting over the date. 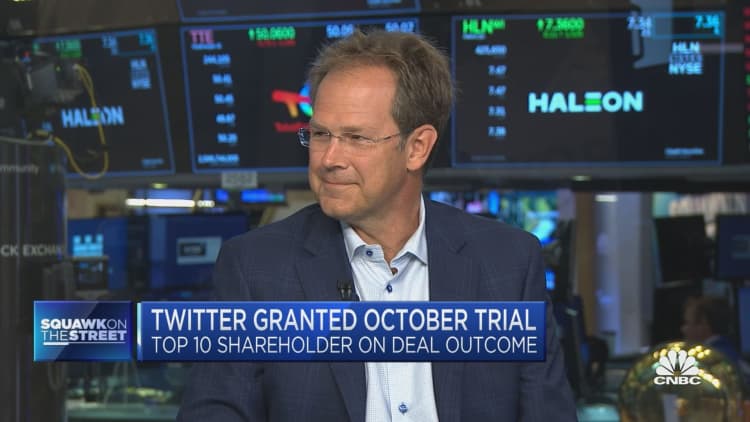