Twitter and Tesla CEO Elon Musk will go to trial starting on Oct. 17 in Delaware to resolve Musk's attempt to cancel his acquisition of the company unless they reach a settlement first.

The social networking company sued Musk, who is also the CEO of SpaceX, for pulling out of a deal he first proposed in April to buy Twitter for about $44 billion at $54.20 per share.

The Delaware judge who is deciding the case, Chancellor Kathaleen St. J. McCormick, advised Twitter's and Musk's attorneys of a number of aggressive deadlines to prepare for a possible trial. For example, Twitter and Musk need to serve initial discovery requests to third parties by Aug. 1, and must complete depositions by Sept. 29.

The judge also emphasized in a filing late Thursday that "discovery should not be requested or withheld in an effort to inflict unreasonable demands on or extract unreasonable benefits from the opposing party."

Twitter's attorneys had earlier expressed concern over Musk's voluminous requests for information in filings to the court, pointing out that the centibillionaire once considered starting a rival service.

In March, Musk wrote this in a series of tweets: "Given that Twitter serves as the de facto public town square, failing to adhere to free speech principles fundamentally undermines democracy. What should be done? Is a new platform needed?"

Musk, via his attorneys, has repeatedly accused Twitter of "resisting and thwarting" his right to information about the number of bot and spam accounts on the platform.

Twitter plans to hold a shareholder meeting to vote on the acquisition on Sept. 13. 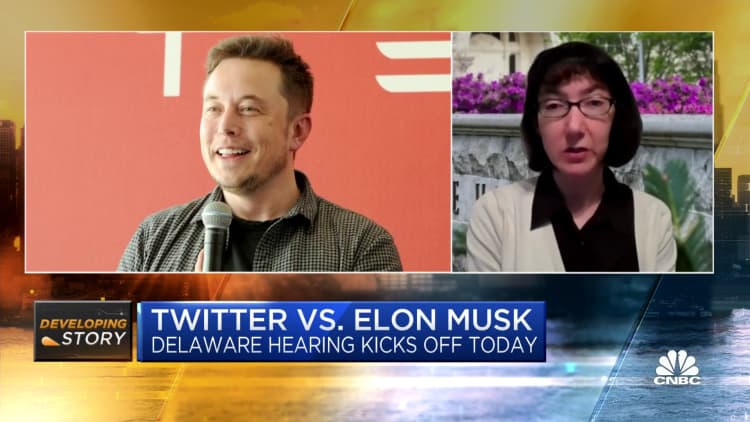