Authentic Brands Group, the retail conglomerate that owns businesses including Reebok, Forever 21 and Juicy Couture, has struck a deal to buy U.K. fashion chain Ted Baker for about £211 million, or $254 million.

The deal value, which would pay 110 pence cash for each Ted Baker share, represents a premium of roughly 18% to its closing price Monday. The company is listed on the London Stock Exchange.

Ted Baker said that its board will unanimously recommend that shareholders vote for the deal.

After completion, ABG said it intends to separate the Ted Baker business into an intellectual property holding company that would remain controlled by ABG, plus one or more operating companies that would manage the brand's stores, e-commerce operations and wholesale business.

ABG also said it will explore options to transfer full or partial ownership and control of some or all of those separate operating companies to other partners.

Tuesday's announcement resolves months of speculation around the future of the British fashion moniker, which was forced to put itself up for sale earlier this year amid Covid pandemic-related hardships.

Ted Baker rejected several bids from private equity chain Sycamore Partners before launching its own sale process. ABG had also at one point held talks with Ted Baker about a deal before it walked away.

"We are excited to build on the brand's global foundation through a business model focused on licensing, wholesale, retail, digital and strategic marketing partnerships," he said.

Ted Baker is also in the midst of its own turnaround plans and hopes to profit from the continued strength of luxury demand, even as inflation persists and consumers have pulled back their spending on other nondiscretionary items.

The strength in luxury retail has prompted more M&A activity in this sector, while British companies have become more affordable for overseas buyers due to the pound's weakness. 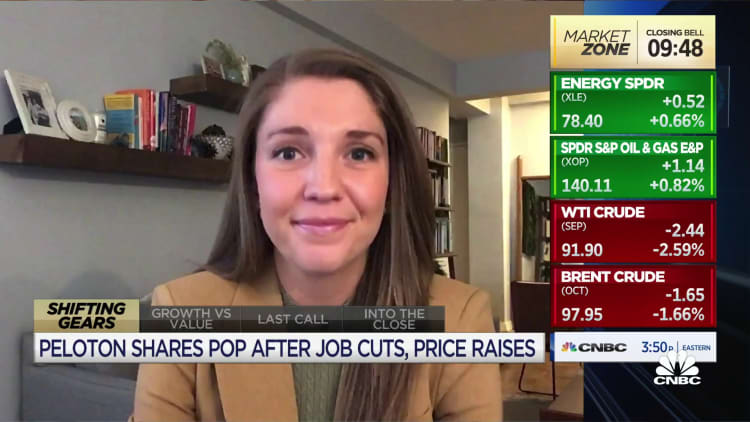