Skip Navigation
Millennial Money31-year-old makes $15,000/month as a voiceover artist and lives in a school bus
Megan Sauer|Zachary Green
Fired UpHow a Colorado couple retired at 40 and built a net worth of $1.5 million
Ryan Ermey|Lauren Shamo
Side Hustles'I only work 4 hours a week': This 31-year-old turned his side hustle into a...
Marcus Gram, Contributor
Joe Raedle | Getty Images News | Getty Images

You're never too old for a Happy Meal, or at least that's what McDonald's is banking on.

The fast food juggernaut this week announced plans to introduce adult-oriented meals — complete with a free toy — in an initiative designed to work off of the nostalgia of the restaurant's famous red cardboard boxes.

The Cactus Plant Flea Market Box is a collaboration between McDonald's and the famous streetwear brand, and will roll out to participating stores starting on Oct. 3.

Unlike the smaller menu items included in the classic Happy Meal, the Cactus Plant Flea Market Box will feature either a Big Mac or a 10-piece Chicken McNuggets, as well as a soda and fries.

Inside the box will also be "one of four collectible figurines" of McDonald's mascots Grimace, the Hamburglar and Birdie, as well as a Cactus Buddy.

"We're taking one of the most nostalgic McDonald's experiences and literally repackaging it in a new way that's hyper-relevant for our adult fans," McDonald's chief marketing officer Tariq Hassan said in a statement.

This is far from McDonald's first foray into branded partnerships.

The chain made waves last April when it teamed up with K-pop superstars BTS as part of its Famous Orders campaign.

In 2020 it released a combo inspired by rapper Travis Scott's favorite order, and it was so popular that it caused some restaurants to run out of Quarter Pounder burgers, CNBC reported at the time.

In addition to the combo meal, McDonald's and Cactus Plant Flea Market will also be releasing a limited-edition line of clothing and merchandise.

Fans who don't want the meal but are interested in buying the clothing will be able to access the collab's website on Monday morning at 11 a.m. ET. 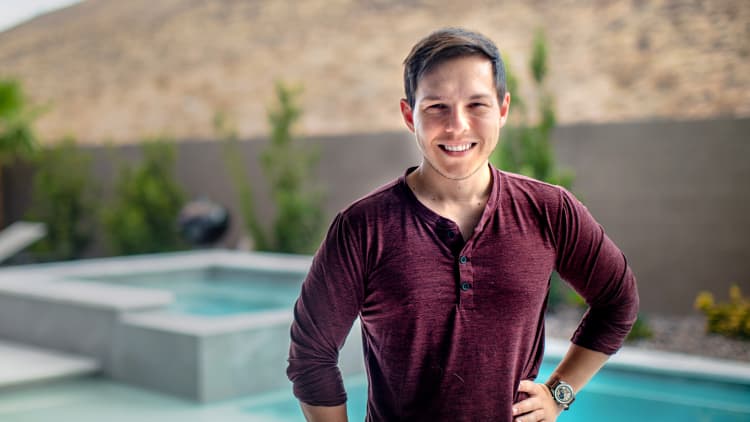