The sweeping U.S. legislation, which was approved by U.S. lawmakers in August and includes a record $369 billion in spending on climate and energy policies, was discussed by the 27 European Union finance ministers on Tuesday. This came after the European Commission, the executive arm of the EU, said there are "serious concerns" about the design of the financial incentives in the package.

"Each minister agreed that this is a subject of concern at the European level and that we need to see what is the best response," an EU official, who followed the ministers' discussions but preferred to remain anonymous due to the sensitive nature of the issue, told CNBC.

The same official added that "there is a political consensus (among the 27 ministers) that this plan threatens the European industry."

The EU has listed at least nine points in the U.S. Inflation Reduction Act that could be in breach of international trade rules. One of the biggest sticking points for the Europeans is the tax credits granted for electric cars made in North America. This could bring challenges to European carmakers that are focusing on EVs, such as Volkswagen.

"That's what we're eventually seeking: that the EU should be, as a close ally of the U.S., in a position which is more similar to that of Mexico and Canada," Valdis Dombrovskis, the EU's trade chief, said at a news conference Tuesday.

We don't want to see any kind of decision that could harm this level playing field.
Bruno Le Maire
France Finance Minister

South Korean officials have also raised similar concerns to Europe, given the set of measures in the U.S. could also restrict Hyundai and others from doing business in America.

A second EU official, who also followed the ministers' discussions but preferred to remain anonymous due to the sensitive nature of the issue, said the conversations were "not very deep" — highlighting unity among the ministers on a broader level.

The same official said that France's finance minister, Bruno Le Maire, told his counterparts that he was not asking for a strong negative decision against the EU's American friends, but rather asking for a "wake-up call" for his European counterparts who need to protect the interests of European businesses.

Earlier on Monday, Le Maire told CNBC, "We need to be very clear, very united, and very strong from the very beginning explaining [to] our U.S. partners [that] what's at stake behind this Inflation Reduction Act is the possibility to preserve the level playing field between the United States and Europe." 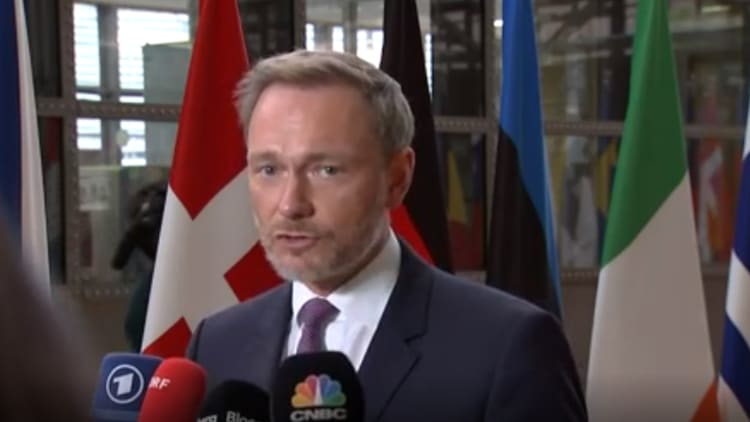 watch now
VIDEO2:5402:54
We are concerned about the consequences of the Inflation Reduction Act: Christian Lindner
Squawk Box Europe

French officials have for a long time advocated for strategic independence — the idea that the EU needs to be more independent from China and the U.S., for instance, by supporting its own industry. Last month, French President Emmanuel Macron suggested that the EU should also look at a "Buy European Act" to protect European carmakers.

A taskforce between European and American officials, which had its first meeting on this subject last week, will now meet every week to discuss how to address Europe's concerns over the Inflation Reduction Act.

The idea is "to continue promoting deeper understanding of the law's meaningful progress on lowering costs for families, our shared climate goals, and opportunities and concerns for EU producers," the White House said in a statement.

Despite the regular contact, U.S. officials are dealing with the midterm elections and the Inflation Reduction Act has already been legislated, meaning that any changes would have to come during the implementation phase.

Fredrik Erixon, director of the European Centre for International Political Economy, told CNBC that "it is obvious that the EU has legitimate concerns about the Inflation Reduction Act and direct and indirect discrimination in it."

"Many of IRA policies that take a 'America first' attitude will hurt competition and EU firms, and especially so in sectors where the EU is competitive, not least green industries and cleantech. The EU may go to the WTO [World Trade Organization] to sort these issues out but it is far more interested to get them addressed bilaterally," he added.