Prominent supporters of Russian President Vladimir Putin are using increasingly "genocidal rhetoric" when discussing and demonizing Ukrainians, analysts note, with some pro-war commentators cheering the concept of the "liquidation" of the modern state of Ukraine.

Ultranationalists have come to the fore in Russia particularly since the Feb. 24 invasion, continuously pushing the Kremlin to take a harder line with Ukraine and overtly critical of Moscow's military leadership following a series of withdrawals or defeats during the war.

Well-known commentators, ranging from military bloggers and journalists to politicians and officials, belonging to a nationalist faction in Russian politics have repeatedly called for Russia to adopt a more merciless approach to Ukraine, with some promoting the use of nuclear weapons and others advocating its complete annihilation.

One of the most closely followed pro-Kremlin blogs belongs to former Russian President Dmitry Medvedev who has over 900,000 followers on Telegram and is one of the staunchest supporters of the war and most vociferous and vicious critics of Ukraine.

The rhetoric he uses to characterize Ukraine and Ukrainians has also become increasingly dehumanizing; this week he characterized officials within Kyiv's government as "cockroaches" (because they wanted to retake Crimea, a Ukrainian peninsula illegally annexed by Russia in 2014) while he used the term "grunting pigs" earlier in November.

He has denied "mythical" Ukraine's existence, telling his followers this week that "Kiev is the capital of Ancient Russia" and that "Kyiv is just a Russian city where people always thought and spoke Russian."

That sentiment is widely echoed by other officials and military bloggers, or "milbloggers," as they're known.

"I have repeatedly said that, by and large, the Ukrainian nation does not exist, it is a political orientation," Moscow City Duma deputy and pro-Kremlin journalist Andrey Medvedev told his 150,000 followers on Telegram Wednesday.

"To be a 'Ukrainian' one does not even have to speak the Ukrainian language (which is also still being formed). Ukrainians are Russians who have been convinced that they are special, more European, more racially pure and more correct Russians," he claimed.

"All this can be stopped only through the liquidation of Ukrainian statehood in its current form," Medvedev said.

The rhetoric has heated up in the last week following the circulation of a video on social media that Moscow says shows Ukrainian forces killing Russian troops who may have been trying to surrender. Ukraine's deputy prime minister said Kyiv would investigate the video but said "it is very unlikely" that the edited snippets show what Moscow claims. 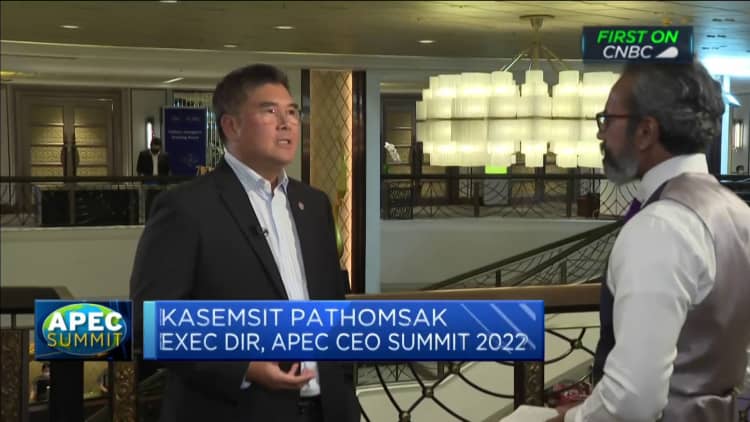 Nonetheless, the video has caused a storm among pro-Kremlin commentators, with Russia's State Duma Speaker Vyacheslav Volodin taking to his Telegram channel to condemn Ukraine and repeat baseless accusations that the Kyiv government is led by "fascists" and "Nazis" despite Ukraine's President Volodymyr Zelenskyy himself being Jewish.

Another popular motif being used by pro-war, pro-Putin bloggers is characterizing Ukraine and Ukrainians as "evil" or "sadists" or "Satanists." Popular blogger, Vladlen Tatarsky, followed by over 500,000 people, characterized Ukraine's raid this week on a Russian-backed monastery in Kyiv as illustrative of "evil" Ukraine's apparent disdain for Russian culture.

"It is impossible to negotiate with Satan, he takes everything without a trace," Tatarsky said, alluding to the monastery.

Ukraine's security service said the raid on the monastery was part of operations that it said were intended to counter suspected "subversive activities by Russian special services," Reuters reported.

Analysts agree that the widespread use of such language by pro-war commentators in Russia is tantamount to "genocidal rhetoric," as analysts at the Institute for the Study of War noted Wednesday.

"This rhetoric is openly exterminatory and dehumanizing and calls for the conduct of a genocidal war against the Ukrainian state and its people, which notably has pervaded discourse in the highest levels of the Russian political mainstream."

"As ISW has previously reported, Russian President Vladimir Putin has similarly employed such genocidal language in a way that is fundamentally incompatible with calls for negotiations."

Using dehumanizing and animalistic descriptions of Ukrainians, and espousing baseless claims that they pose a threat and danger to Russians, is reminiscent of the language and debate seen in Nazi Germany prior to the Holocaust in which millions of Jews and other perceived "enemies" of Nazi Germany were murdered. 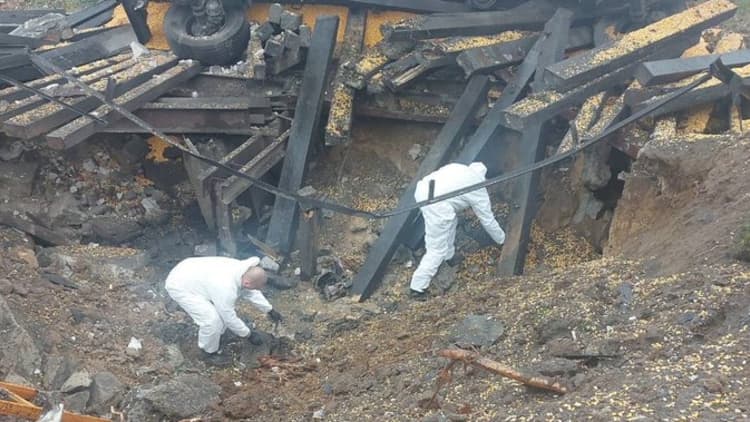 The U.N. describes genocide "as a crime committed with the intent to destroy a national, ethnic, racial or religious group, in whole or in part."

Ultranationalist propaganda has become a part of the mainstream in Russia, one analyst said, with anti-Ukrainian ideology and symbols becoming ubiquitous.

Max Hess, fellow at the Foreign Policy Research Institute, told CNBC Thursday that "there has always been rather extreme language in the sort of Russian blogosphere and amongst the Russian nationalist crowd ... but what's changing is how much of this the Kremlin is pushing into the mainstream."

"The Kremlin is really almost endorsing a lot of this rhetoric. I mean, we saw just yesterday, you know, the Russian Ministry of Foreign Affairs tweeting a meme about Zelenskyy and the missile that landed in Poland. But doing so in the most anti semitic tropes possible," he noted, adding that "while we've seen the Kremlin dabble with this kind of rhetoric before we haven't seen it [previously] in the mainstream to this extent."

"And it's not just in the sort of blogosphere or on those Kremlin social media channels, it's in state museums, it's in the rhetoric on the main state talk shows. So it's really the mainstreaming of it," he noted.

Clarification: This story has been updated to remove a comment from blogger Ilya Varlamov, whose intent was unclear.