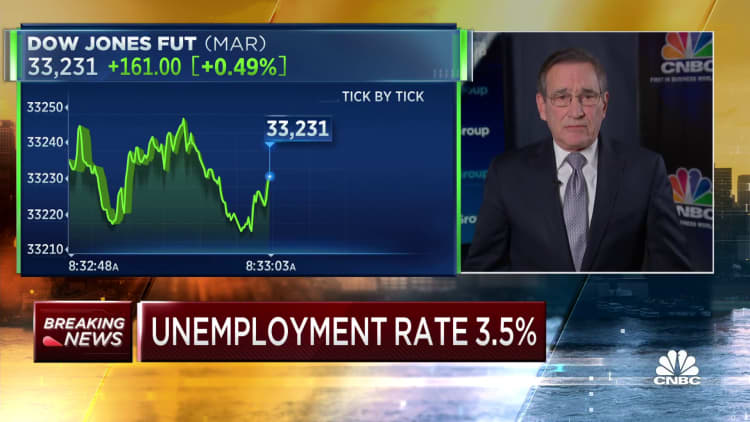 Payroll growth decelerated in December but was still better than expected, a sign that the labor market remains strong even as the Federal Reserve tries to slow economic growth.

Nonfarm payrolls increased by 223,000 for the month, above the Dow Jones estimate for 200,000, while the unemployment rate fell to 3.5%, 0.2 percentage point below the expectation. The job growth marked a small decrease from the 256,000 gain in November, which was revised down 7,000 from the initial estimate. 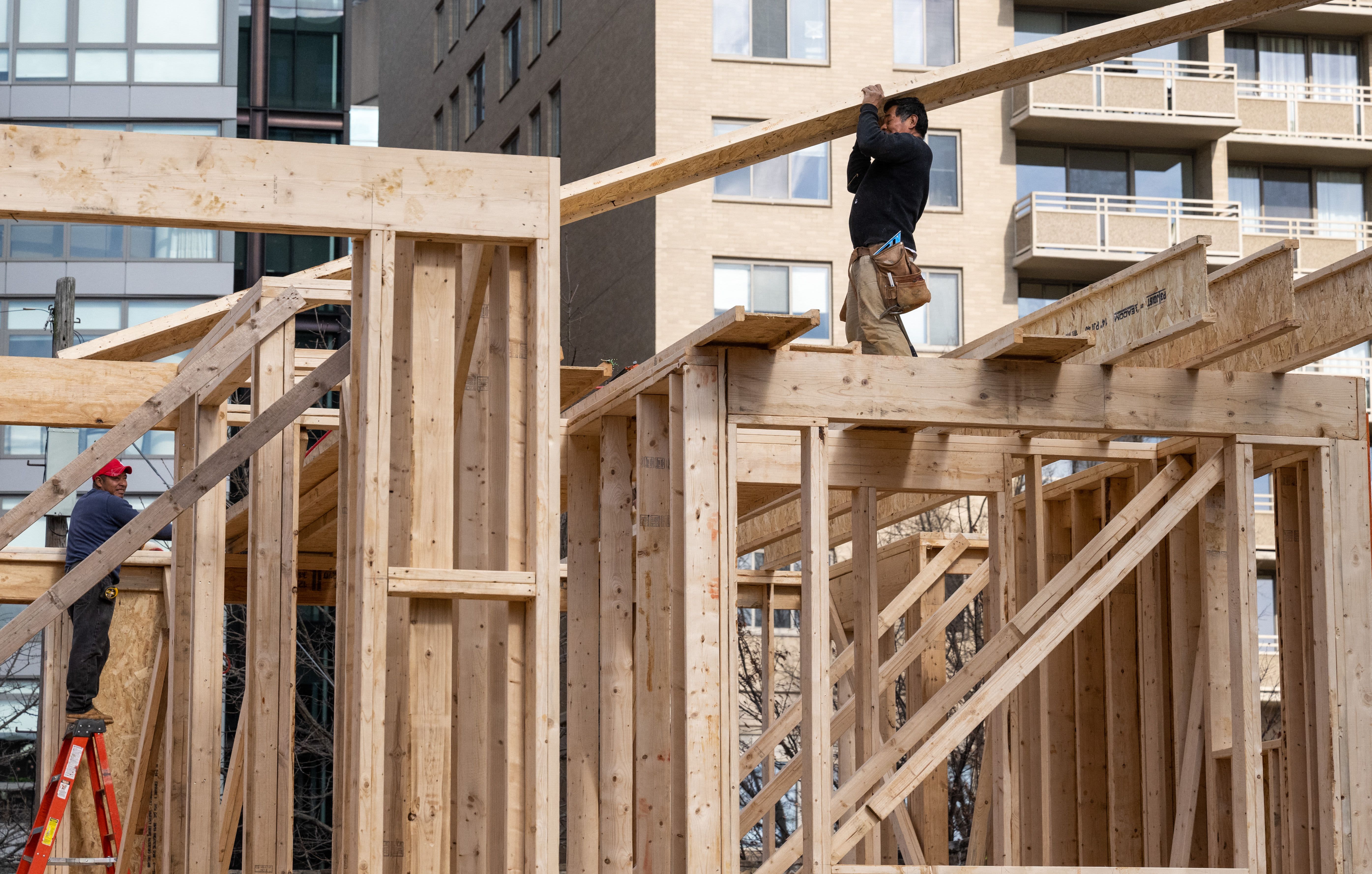 Some economists see a 'rolling recession' ahead. Here's what that means
Jeff Cox
a day ago

Wage growth was less than expected in an indication that inflation pressures could be weakening. Average hourly earnings rose 0.3% for the month and increased 4.6% from a year ago. The respective estimates were for growth of 0.4% and 5%.

Stock market futures rallied following the release as investors look for signs that the jobs picture is cooling and taking inflation lower as well.

"From the market's perspective, the main thing they're responding to is the softer average hourly earnings number," said Drew Matus, chief market strategist at MetLife Investment Management. "People are turning this into a one-trick pony, and that one trick is whether this is inflationary or not inflationary. The unemployment rate doesn't matter much if average hourly earnings continue to soften."

The relative strength in job growth comes despite repeated efforts by the Fed to slow the economy, the labor market in particular. The central bank raised its benchmark interest rate seven times in 2022 for a total of 4.25 percentage points, with more increases likely on the way.

Primarily, the Fed is looking to bridge a gap between demand and supply. As of November, there were about 1.7 job openings for every available worker, an imbalance that has held steady despite the Fed's rate hikes. The strong demand has pushed wages higher, though they mostly haven't kept up with inflation.

December's wage data, though, could provide some encouragement that the Fed's efforts are impacting demand.

"There's some indication that things are moving in the right direction. We're seeing the impact of the blunt tools of monetary policy take effect," said Mike Loewengart, head of model portfolio construction for Morgan Stanley's Global Investment Office. "I don't think this is going to sway the Fed from a few additional raises going forward, but it no doubt is encouraging to see a moderation in wages."

The drop in the unemployment rate came as the labor force participation rate edged higher to 62.3%, still a full percentage point below where it was in February 2020, the month before the Covid-19 pandemic hit.

A more encompassing measure of unemployment that takes into account discouraged workers and those holding part-time jobs for economic reasons also declined, falling to 6.5%, its lowest-ever reading in a data set that goes back to 1994. The headline unemployment rate is tied for the lowest since 1969.

The household count of employment, used to calculate the unemployment rate, showed a huge gain for the month, rising 717,000. Economists have been watching the household survey, which has generally been lagging the establishment count.

The U.S. heads into 2023 with most economists expecting at least a shallow recession, the result of Fed policy tightening aimed at tamping down inflation still running near its highest level since the early 1980s. However, the economy closed 2022 on a strong note, with GDP growth tracking at a 3.8% rate, according to the Atlanta Fed.

Fed officials at their last meeting noted that they are encouraged by the latest inflation readings but will need to see continued progress before they are convinced that inflation is coming down and they can ease up on rate hikes.

As things stand, markets are largely expecting the Fed to increase rates another quarter-percentage point at its next meeting, which concludes Feb. 1.