What to look for when choosing healthcare

When you ask Hospital for Special Surgery CEO Lou Shapiro about healthcare, it's obvious that he's passionate about one thing: value.

"When I look at value – as a professional in the industry and as a consumer – there's a lot of misunderstanding," Shapiro says. "Value is not about organizations getting bigger through consolidation. Value is not about how healthcare gets paid for. We're confusing all the different messages around value with what it really is."

Simply put, value means achieving the best possible outcome for patients at the lowest possible cost. For Shapiro, value-based care offers a solution to the current healthcare crisis. In a 2014 report from the Commonwealth Fund, the United States ranked last in healthcare access, efficiency, and overall efficacy among 11 other developed nations – even with healthcare expenditures consuming 17 percent of the nation's GDP. Musculoskeletal conditions, specifically, have become an enormous expense, particularly for employers. According to an estimate from the Occupational Safety and Health Administration (OSHA), musculoskeletal issues cost employers in excess of $20 billion per year.

To fix this, Shapiro has made it his mission to define and deliver value-based care to patients – both inside HSS and beyond.

In 2016, Hospital for Special Surgery (HSS) was named the best orthopedic hospital in the country for the seventh consecutive year by U.S. News and World Report. The reason for their success? According to Chief Surgeon Todd Albert, it's all about focus.

"HSS probably has close to twenty sub-specialized, laser-focused entities, as opposed to other hospitals that are all lumped into one," says Albert. "If you do the same thing over and over, you naturally do it better and you find ways to improve that are so subtle. It also leads to amazing efficiency."

In economics, this is referred to as a "focused factory," defined as a facility that's organized around providing limited and extremely specific tasks or services. And according to world-renowned economist Clay Christensen, author of "The Innovator's Prescription: A Disruptive Solution for Healthcare" (2016), focused factories in healthcare result in better patient outcomes at a much lower cost.

"When you have a hospital that offers to do anything for any patient, that's very complicated, and it leads to overhead costs," says Christensen. Overhead costs in hospitals include items like utilities and meals and they average $8 for every dollar spent on patient treatment, which is an "enormous" burden, according to Christensen. Meanwhile, hospitals that streamline care and provide it efficiently have drastically lower overhead, reducing the total cost of care.

While HSS does not guarantee the outcome of any medical treatment, "with HSS, their focus is orthopedics," says Christensen. "If you need something fixed with your bone structure, they know better how to do it than any other entity on the planet. They have a religious method to be sure that they make surgeries go as efficiently and perfectly as possible, and that's really critical. That provides a higher quality and lower cost."

But efficiency isn't the only way to produce value.

"... focused factories like HSS, which specialize in orthopedics, are critical to the future of healthcare."

"The healthcare system is so disparate," says Albert. "Patients see one person, and they're dismissed because that surgeon can't help them. Then they find someone else and start the whole process again. It's so inefficient and expensive."

Instead, HSS has implemented a "fast track program," a coordinated, multi-disciplinary team that follows the patient throughout the entire course of treatment. The hospital's theory is that this approach leads to better outcomes; patients who aren't forced to navigate large healthcare systems by themselves tend to recover faster, are discharged more quickly, and are less likely to abandon treatment after being discharged. In practice, Albert has found this to be true.

"It's helpful to a patient after surgery if we can keep close contact or can check in," says Albert. "If [patients] didn't have someone to talk to, they'd go to an ER, have an MRI and x-rays which are multi-thousand dollar events, when, in fact, the patient is fine."

Instead, HSS's providers keep tabs on patients, communicating with them, and other care providers who are involved in their treatment, regularly. One way is through preferred partnerships with skilled nursing facilities. "We've actually hired one of our physical therapists to talk with the nursing facilities, and we've given them our rehab protocol and shared our expectations. We manage our patients very carefully that way," says Dr. Catherine MacLean, who was brought on staff in 2015 as the chief value medical officer at HSS.

The process has paid off. The 30-day readmission rate for hip and knee surgery at HSS is 3.8 percent, while the national rate remains at 5.2 percent. 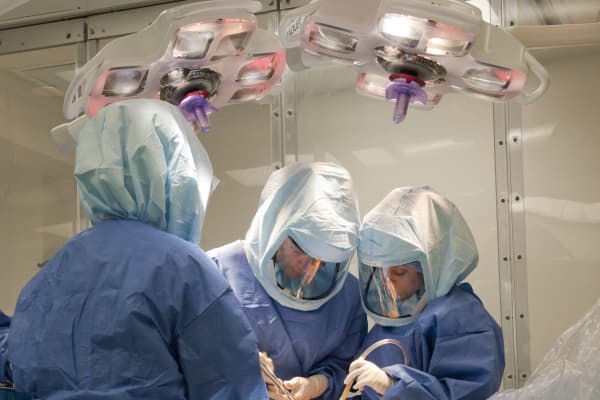 Value beyond the hospital

"It's helpful to think about value in terms of building blocks," says MacLean, whose job it is to measure and deliver value-based care at HSS. "And the building blocks of value go from procedures, which we do effectively and efficiently, to managing episodes of care, to driving appropriate utilization and preventive services in populations."

According to MacLean, hospitals need to consider both quality and cost. "And the quality piece goes beyond complications," she says. "Musculoskeletal disease has such a huge impact on patient function. We should be measuring whether our care produces improvements in function."

Additionally, musculoskeletal conditions, which range from slipped discs to a torn rotator cuff, are the fastest-growing and most costly condition for employers in terms of medical expenditures, but also impact the ability of people to work at full capacity, regardless of whether they have a sitting job or one the requires lots of walking and standing. "We should be measuring what the improvement in health is going to get for patients in terms of productivity," MacLean says. "We would love to work with some employers to quantify the impact of presenteeism on their bottom line," she says, referring to employees coming in to work and performing poorly due to illness. "Because it has an impact, no question about it." 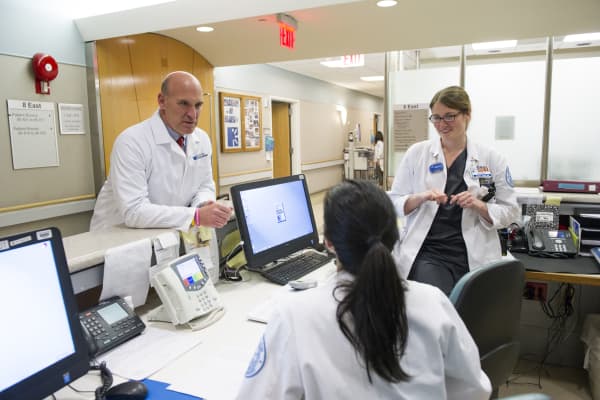 The value of disruption

But Shapiro wants to do more than just reform the current healthcare system – he wants to disrupt it altogether.

"Rather than expecting the existing players to simply become cheap," says Christensen, "[hospitals] need to harness technology [to make care more affordable.]" And Shapiro expects to do just that.

"We're on our way to taking our care delivery platform and digitizing it, and allowing it to be scaled across the country," says Shapiro.

With an upcoming digital system that HSS is in the process of developing, healthcare providers will "interact with the patient digitally and understand things like pre-existing conditions, health habits, and more," says Shapiro. "It would become an intelligent tool where we know the patient, just like they came here and got a complete history and physical."

And this new business model, according to Shapiro, will not only provide value for patients, but will change the face of healthcare, making it more affordable and accessible.

"We're leveraging what we know in a way that doesn't require you coming in for care," Shapiro says. "We're changing the dynamics of how value is delivered, and I think this is the best mechanism to do it." 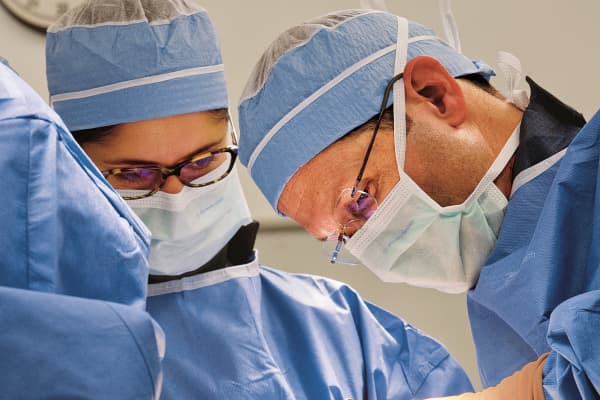 Check out more stories from HSS | Hospital for Special Surgery

A game-changing approach to medical care
This page was paid for by HSS | Hospital for Special Surgery. The editorial staff of CNBC had no role in the creation of this page.