Autonomy. The Dawn of a New Era for Industry 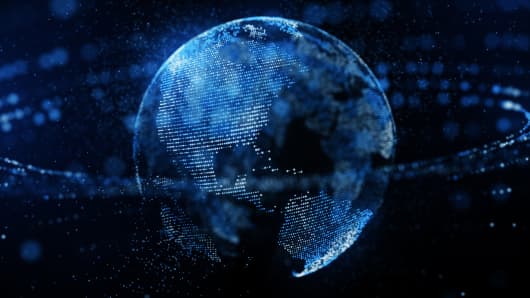 AUTONOMY:
THE DAWN OF A NEW ERA FOR INDUSTRY
HOW YOU CAN FUTURE‑PROOF YOUR BUSINESS

Consider a world where everything just... works. Where vehicles follow logical rules all by themselves to move us and our freight with maximum efficiency, released from the unpredictable, complicating variables of human fallibility. Where factories process and output at peak, optimal performance, all by themselves. No spikes. No dips. Just drama-free consistency. Plus: they learn. They adapt. They thrive.

And also now imagine this same world where all the energy for this is created and supplied by power plants that operate <in exactly the same way>. This is not industrial automation. This is what's next. This is the world of autonomous operations - a brand new era. And it's a key part of what ultimately comprises the Fourth Industrial Revolution - also known as 4IR and Industry 4.0. And here's the rub: with it, comes an estimated value-creation potential for manufacturers and suppliers of $3.7 trillion by 2025.


Autonomous operations empower your plant to run, learn, adapt and thrive in tomorrow's environment. Assets and operations have human-like learning and adaptive capabilities. These allow them to respond without operator interaction to situations within a secure, bounded domain that were not pre-programmed or anticipated in the design and is responsible for all safety-critical functions. Again: they learn. They adapt. And they thrive.


Introducing autonomy does not eliminate human work. Rather, humans can shift to high-value-added activities. And as autonomy operations progress, both plant/factory and humans can feel secure, and a safe environment can be realized.

The Urgency for Autonomy

This is why advancing towards, embracing and evolving with autonomy is now critical. Not least in the process industry, where so-called “agile” plants can now adapt to the rapidly changing business environment and customer needs. And where those same agile plants can also adapt through self-learning and optimize for improved sustainability with minimal environmental impact.

What is commonly known as "The Great Crew Change" predicts a mass exodus in skills from process plants. According to the Global Energy Talent Index report 2019, only 4% of workers in the oil and gas industry are aged between 18-24, while 20% are aged above 55 - and fast-approaching retirement. As many as 50% of skilled energy workers may retire in the next 5-7 years.

A recent report found that offshore oil and gas operators lose on average $49 million annually in financial impacts due to unplanned downtime. For the worst performers, the negative financial impact can be upwards of $88 million.

Only approximately 24% of operators describe their maintenance approach as a predictive one based on data and analytics. More than three-quarters take a reactive or time-based approach

With autonomous operations, it's estimated there will be a 13% reduction in accidents and injuries cumulatively through 2016-2025. The workforce can thus be freed from hazardous operations to assume critical tasks where expert decision making can bring about maximum benefit. In addition, the workforce roles now complemented by autonomy will shift to higher value-added activities.

Stats like this are behind the growing urgency for autonomy.

There's another issue every human on this planet is also acutely aware of: the planet itself. Countries across the world are taking responsibility and issuing net-zero goals for carbon emissions. With autonomy, the World Economic Forum has estimated an annual reduction of 900 million tons of CO2 emissions in the oil and gas industry alone. The time for change through autonomy is well and truly upon us.

Journey to the next era - Yokogawa's road map to autonomous operations.
The future is here and Yokogawa - a key player in this new autonomy era - has developed a detailed customer journey, outlining the key technologies and digital transformation that is required to make this a reality.
Industrial Automation To Industrial Autonomy Roadmap 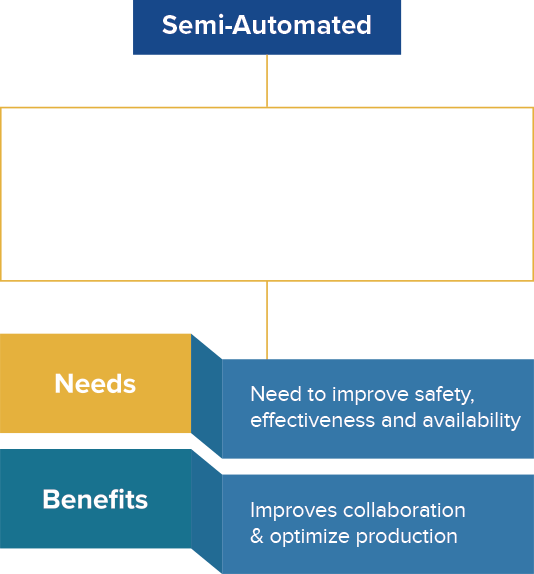 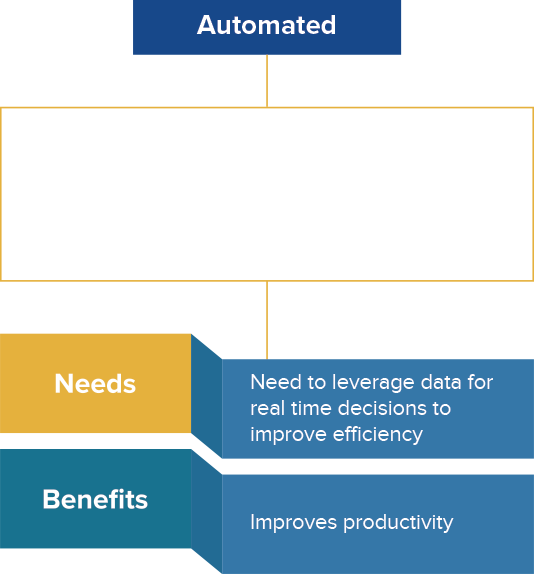 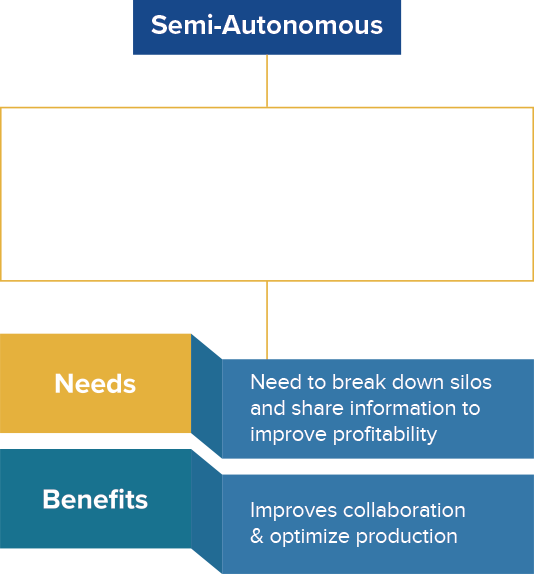 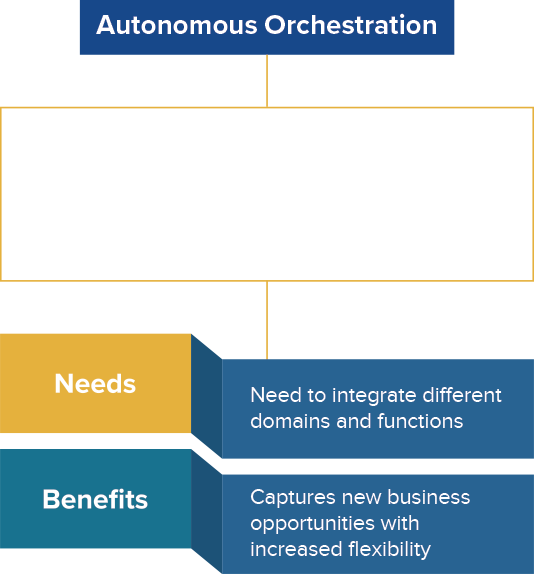 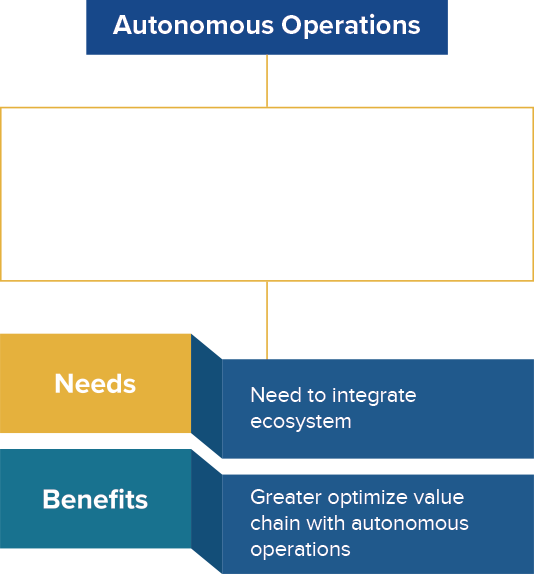 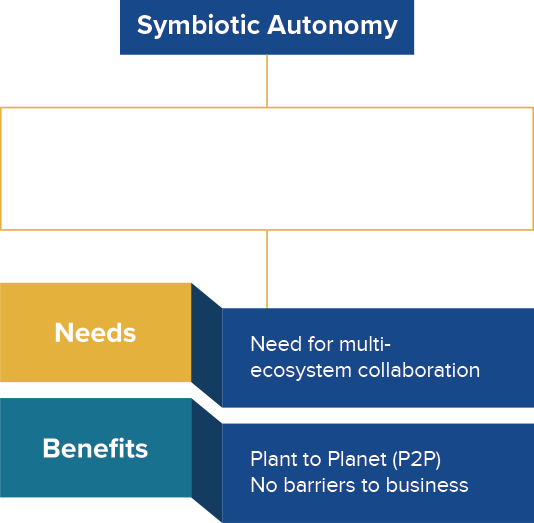 The time for autonomy is upon us all, enhancing our efficiency, enabling us to focus on high value-added activities.
Embrace the Autonomous Economy

Autonomy is defined as the freedom to act independently. What does it mean if we talk about autonomous technologies leading us towards an "autonomous economy"? Consider the existing economy as "smart": it's IT-enabled, it is driven by human decision, and it has semi-digitally integrated technology (such as algorithmic trading in financial markets). For the autonomous economy, IT is in the driving seat. Platforms are connected, continuously self-monitor, learn and adapt. It's the difference between a traditional combustion engine car with adaptive cruise control (smart), and an electric vehicle that drives you (autonomous). One of those is waiting to be a footnote in history. The other? The future.

At this point - today, right now - everyone is at a different stage along the road to automation.


Some are behind even the automation curve, still lingering at the beginning with semi-automated. Error prone. Inefficient. Others are a step ahead of it, with semi-autonomous: decision-making through advanced data analytics, coordinated operations and partially predictive maintenance. Beyond that? Autonomous orchestration: improved coordination among autonomous assets and between automated and autonomous operations.

And some - but not many - are already at the cutting edge. Guided by artificial intelligence, and improved coordination between all assets that's accelerating them into the future. The time for autonomy is upon us all, enhancing our efficiency, enabling us to focus on high value-added activities.


So the question is: which car are you in?

Founded in 1915, Yokogawa engages in broad-ranging activities in the areas of measurement, control, and information. The industrial automation business provides vital products, services, and solutions to a diverse range of process industries including oil, chemicals, natural gas, power, iron and steel, and pulp and paper. With the life innovation business the company aims to radically improve productivity across the pharmaceutical and food industry value chains. The test & measurement, aviation, and other businesses continue to provide essential instruments and equipment with industry-leading precision and reliability.

This page was paid for by Yokogawa Electric Corporation. The editorial staff of CNBC had no role in the creation of this page.