We are facing an unprecedented global health threat that is no longer just a health issue, it is also an economic issue and may likely become a political issue

“We are at a critical point in the global response to COVID-19 — we need everyone to get involved in this massive effort to keep the world safe,” Tedros Ghebreyesus, WHO director-general.

On March 11 the World Health Organization (WHO) announced that COVID-19 is a pandemic — a disease that is spreading in multiple countries around the world at the same time. This is a rare event, one that we haven’t seen for 100 years. The actions we take in the coming hours, days and weeks will make a big difference in people’s lives, with public health, economic and political consequences.

We are not passive observers of history and we must take the advice of the WHO, helping to invest in the right things, providing support to the WHO on logistics and trusted information, providing resources (diagnostics, drugs, therapeutics and vaccines — supporting the work of the Coalition for Epidemic Preparedness — CEPI) at a scale not seen before in public health. 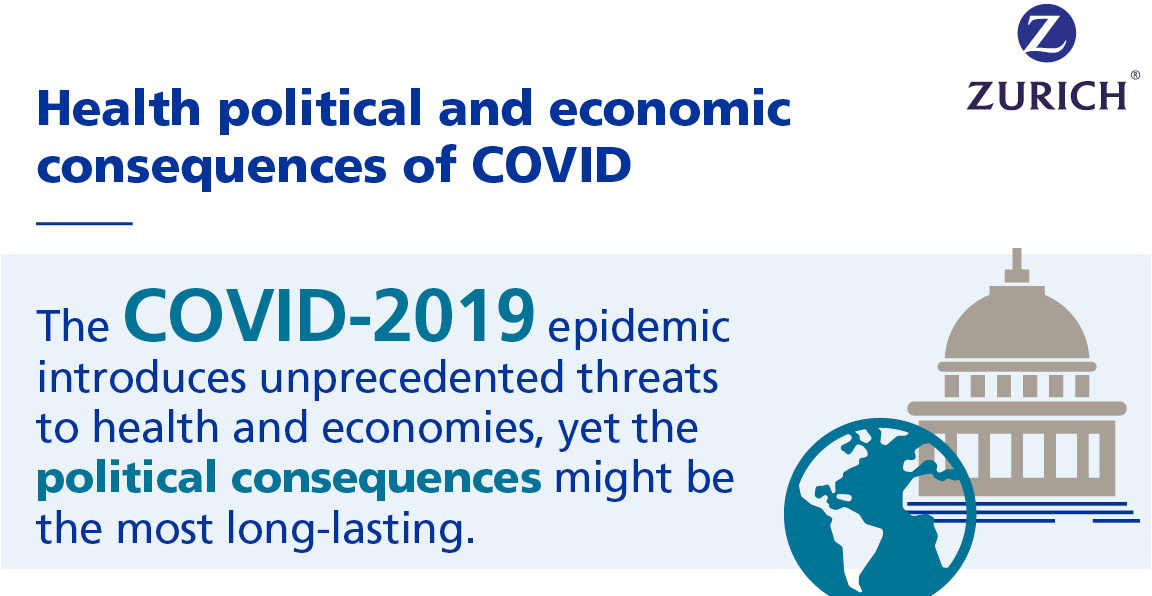 As of March 29, laboratory-confirmed cases of COVID-19 have been reported in at least 177 countries and the WHO risk assessment for China, the regional level and global Level is “very high.” Their reporting shows already more than 634,000 cases and more than 30,000 deaths globally1, with more than half of these in Europe (361,031 cases and 21,493 deaths).

Key asks of the private sector

There are two areas of focus for support:

To coordinate and respond to these requests, the World Economic Forum has set up the Covid Action Platform at https://www.weforum.org/platforms/covid-action-platform. It has three priorities:

Over the past few weeks, the economic impact of the coronavirus on manufacturing, supply chains and service businesses such as tourism and travel has been significant. We have seen a collapse in financial markets, with the biggest one-day drop in the S&P 500 since “Black Monday,” Oct. 19, 1987 and significant increases in volatility, bringing to an end the long bull-market run that began after the 2008 financial crisis. Market volatility was compounded by an oil price war triggered by a collapse in talks between OPEC and partners earlier this month.

Policymakers around the world took actions to ease monetary policy. The EU also relaxed its fiscal spending rules and Italy and Spain banned short selling, enabling markets to recover a little. What seems to be needed is a decisive approach in global policy coordination both in terms of fiscal and monetary policy. The manufacturing sector is expected to see a ‘U’-shaped recovery, the service sector is anticipated to be in the doldrums this year, showing an ‘L’-shaped recovery. Furthermore, commentators increasingly call for global supply chains to be re-designed once the crisis is over.

On March 13, the United Nations Foundation and the Swiss Philanthropy Foundation, together with WHO, set up the (COVID-19) Solidarity Response Fund, a first-of-its-kind platform for private individuals, corporations and institutions to contribute to global response efforts. The fund launched with major support from donors, including Facebook and Google who instituted a matching scheme for funds raised through their platforms. Individual donors are supporting the fund through www.COVID19ResponseFund.org.

Just because COVID-19 has been labelled a pandemic doesn’t mean that we give up. Quite the reverse, we must re-double our efforts to contain the outbreaks, as containment will work in many places. At the same time, despite the excellent work of national governments and institutions such as the World Bank and IMF, we must recognize imbalances in the world and support countries that are less able in their health care systems and with their general resources to manage and respond to the pandemic.

The political response to the crisis has been mixed, with President Donald Trump restricting travels from Europe and, initially, mistakenly including cargo in the ban, a comment that was quickly corrected. In a similar move, Germany, Austria, Slovenia, Denmark, Poland, the Czech Republic and an increased number of countries announced that they are closing their borders, risking economic damage and ignoring advice from the EU. Comments from German Chancellor Angela Merkel, warning that up to 70% of the German population — some 58 million people — could contract the coronavirus2, also caused public concern.

This illustrates the challenge for political leaders, as the information shared by Merkel is consistent with the views of epidemiologists. While trying to galvanize actions to deal with the threat we are now facing, it is a difficult balancing act for leaders to avoid complacency, but also to avoid panic. This is a time for calm, rational leadership, based on the science.

There have been increasing calls from the private sector for governments or agencies such as the WHO, to set up a “clearinghouse” to overcome the “arbitrary” regulatory barriers put in place by governments (mainly in Europe) that are preventing PPE products from being shipped. PPE products are available, but are not flowing to where they need to go because some of the products that are approved in some countries are not approved in others. It is creating a danger for everyone and while national and local government officials are stretched fearful and accountable to their citizens, they also need to ensure equitable sharing of resources.

The WHO is leading support for every country, including African countries, through their centers for disease control (CDC), making sure that there is diagnostic testing capability across the continent, including clinical support for clinicians. The WHO is committed to providing equitable access to diagnostics, therapeutics and vaccines by working with the UN Foundation and CEPI.

“We are all in this together, as this pandemic will affect our families, in every country. We will leave no-one behind”: Jeremy Farrar, Director, Wellcome Trust

Business as Unusual: Plotting a path through an age of uncertainty

The Urgency Emergency: Why businesses must act now to avert climate catastrophe

Biodiversity and preparedness for pandemics

How to fend off cyberattacks without paying a king’s ransom

The cyber dimension of COVID-19

A holistic approach to cyber management

The future of workforce management beyond Covid-19

Zurich Legal Disclaimer
This page was paid for by Zurich Insurance Group. The editorial staff of CNBC had no role in the creation of this page.