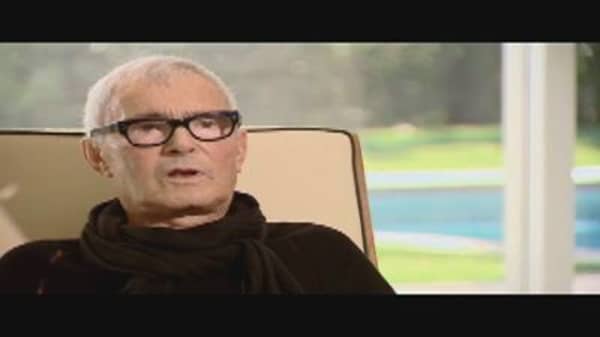 In his most recent interview to date, Vidal Sassoon has a highly personal and moving discussion with CNBC Meets presenter Tania Bryer in which he talks about his impoverished childhood, his years in a Jewish orphanage in the East End of London and candidly about how his mother had to hand him and his brother over, as she could not afford to look after them during the Depression.

From starting his business from a small salon in London's Bond Street, Sassoon talks about how he revolutionised the hair industry in the 1960s, how he grew his global hair empire and turned his name into a multi-million dollar global brand with salons, a hugely successful product line and academies around the world.

Throughout his extraordinary life, Sassoon has overcome many tragedies and he talks openly about being rocked by the early death of his brother and then his daughter who died of a drug overdose, aged 33. Sassoon shares his feelings on how he coped in the aftermath of such losses and how he now faces the biggest battle of his life, overcoming leukemia.

The programme also features interviews with his wife Ronnie Sassoon, with the legendary Mary Quant in London, as well as John Frieda, himself a highly successful hairdresser whose hero is Sassoon.