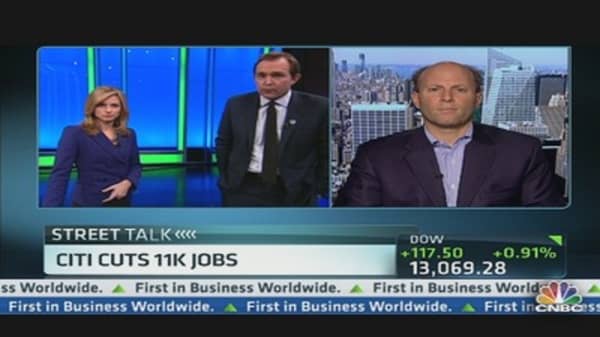 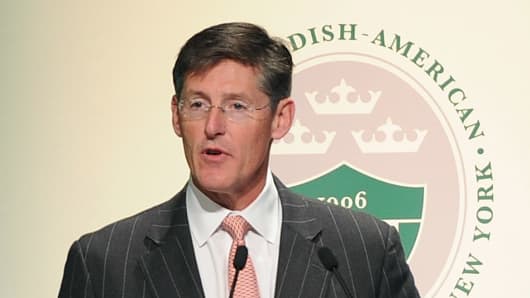 Citigroup plans to slash 11,000 jobs and close branches worldwide as part of a broad restructuring effort it hopes will save about $1.1 billion in expenses, the bank announced on Wednesday.

The moves, which the company said will result in a pre-tax charge of $1 billion against its fourth quarter earnings, comes as the mega bank tries to address structural problems that have resulted in a loss of confidence among investors, and precipitated the abrupt departure of former CEO Vikram Pandit in October.

The bulk of the layoffs, some 6,200 positions, are expected to come from global consumer banking -- an area in which the bank had recently invested money as part of an effort to create new efficiencies. (Read more: Inside Citigroup's Strategy to Become Global Consumer Bank .)

Citigroup said it expects about $900 million in cost savings next year, and annual expense savings of more than $1.1 billion beginning in 2014. It also expects to take $100 million of related charges in the first half of 2013.

"These actions are logical next steps in Citi's transformation.While we are committed to — and our strategy continues to leverage — our unparalleled global network and footprint, we have identified areas and products where our scale does not provide for meaningful returns," Michael Corbat, Citi's chief executive officer, said in a statement.

"And we will further increase our operating efficiency by reducing excess capacity and expenses, whether they center on technology, real estate or simplifying our operations," he added.

Corbat -- a veteran of the bank's investment and commercial banking operations -- assumed the reins of the troubled mega bank in October.Analysts have widely expected him to begin shaking up operations at Citi, which continues to suffer from an overhang of troubles that are in part a legacy of the 2008 financial crisis.

After nearly collapsing during the financial meltdown, Citi has come under withering pressure from investors and critics. This summer,former CEO Sandy Weill called for an end to the financial supermarket concept he helped to pioneer while at Citi. Last month, a group of minority shareholders called for the bank to consider a more dramatic revamp, or an outright break up. (Read more: Wall Street Legend Sandy Weill: Break Up the Big Banks .)

Investors reacted to the news by bidding up Citi's shares. The company's stock surged by nearly five percent in late morning dealings on the New York Stock Exchange.

--Terri Cullen contributed to this report.