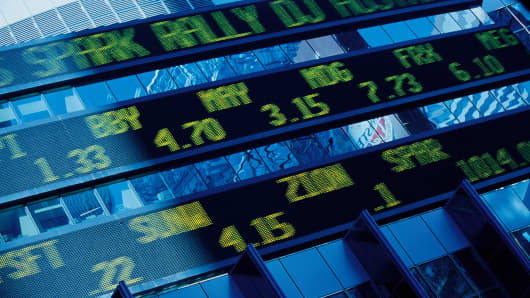 The big story of 2013 will be: we are negotiating the beginning of American austerity. Forget the fiscal cliff. The market is not pricing in the idea that the U.S. is on the road to austerity. That means slow growth with, say, 30 percent odds of a recession, even if the fiscal cliff is avoided.

Bulls argue that there will not be that much austerity, that the final bill will have staggered spending cuts heavily skewed toward the back end of the deal.

I am not so sure. If we get what we all profess to want—a Grand Bargain that involves cutting defense and entitlements, and allows some tax increases—even if it doesn't all come into effect in 2013, who doesn't think that won't affect growth? That Grand Bargain could cut 1.5 percentage points off the GDP. The following year, 2014, could see 2 percent GDP growth as well, even with the economy recovering.

Despite slow growth, autos and housing will continue to be the bright spots for the U.S. economy.

The "big trade" in bonds and stocks will finally reverse.

Some large investors will finally give up on holding government bonds and shunning stocks. Pensions and endowments will begin reporting large shortfalls (most have been missing targets for several years, thanks partly to the Fed'sQEpolicies). This should force many large institutional players into the ultimate long trade—equities.

Massive QE continues in Japan: yen down, Japan stocks up.

Japan is going to embark on a massive money printing spree. Shinzo Abe, who will likely be the new Prime Minister (second time around!) wants to target 2 percent inflation, instead of 1 percent now (Japan is trending negative inflation now). The rest of the government and the central bank seem to be in line with these policies.

Electronic trading for equities, government bonds, even commodities and currency trading are collapsing spreads and profitability. Central bank interventions make developing macro strategies challenging. Uncertainty over global fiscal policies add to the reluctance to trade. Plus, there's another fly in the trading ointment: continuing accusations of insider trading. I have no idea what will happen with the SAC investigation, but I do know this: Steve Cohen does enormous business on Wall Street. So did Galleon.