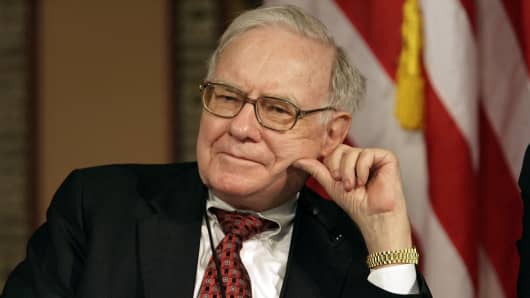 Warren Buffett has responded to critics who said the timing of Berkshire Hathaway's purchase of $1.2 billion of its own stock was designed to save the seller a lot of money in taxes.

That's based on the assumption the seller expects the tax rate on capital gains will be substantially higher next year after the "fiscal cliff" is resolved, so he or she wanted to complete the sale before the end of this year.

In that light, Berkshire's participation in the deal could be seen as contradicting Buffett's high-profile calls for higher tax rates on extremely wealthy Americans who make a lot of their money from investments, and for higher estate taxes . 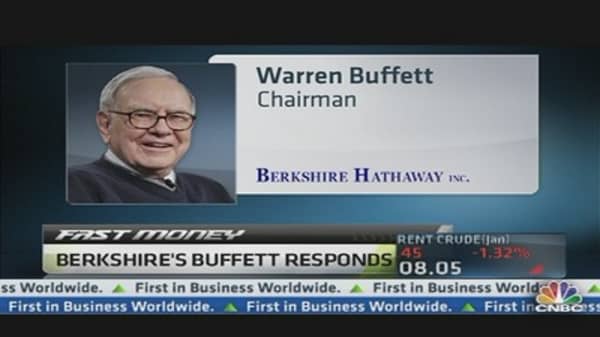 Reuters ran a that said the buyback "likely helped" the seller's estate "save substantially on taxes," just one day after Buffett's call for a "strong" estate tax.

And on " Squawk on the Street " earlier today, CNBC's Gary Kaminsky accused Buffett of hypocrisy for helping a wealthy "friend" avoid taxes.

Buffett pointed out in an email to CNBC responding to Kaminsky, the assumption the seller was trying to save on taxes is wrong.

Yesterday's news release said Berkshire bought the 9200 Class A shares from "the estate of a long-time shareholder."

Under the long-standing "step-up" provision of tax law, capital gains taxes are not imposed on the increase in an asset's value from the time it was first acquired. Instead, the "cost basis" is the asset's value around the time of the inheritance.

As a result, Buffett wrote us, "the estate did not have a gain regardless of when the stock was sold."

Critics appeared to believe the capital gain would be calculated based on the much-lower price of Berkshire stock when it was first acquired years ago by the still unnamed "long-time" shareholder.

Kaminsky also called the buyback "hypocritical to the highest level" because, he argued, Buffett had said in the past he would "never" buyback Berkshire stock.

"Estates receive a stepped-up basis upon death and therefore the estate did not have a gain regardless of when the stock was sold." -Warren Buffett, Email to CNBC

While Buffett has been publicly critical of stock buybacks by other companies at prices he considered too high, he hasn't gone so far as to rule out any Berkshire buyback, or buybacks in general.

He pointed out to us that as far back as the mid-1980s, he wrote that "when companies with outstanding businesses and comfortable financial positions find their shares selling far below intrinsic value in the marketplace, no alternative action can benefit shareholders as surely as repurchases."

And as recently as earlier this year, he praised JPMorgan Chase CEO Jamie Dimon for always stressing the "price/value factor in repurchase decisions."

Yesterday's repurchase did, however, reflect a change in policy for Berkshire. Its news release noted that at the same time as the new buyback, the board of directors had raised its price limit for repurchases from 110 percent of book value to 120 percent. Berkshire said it may buy more shares in the future at or below that limit.

The authorization at the 110 percent limit was announced in September of 2011. Berkshire reported it bought $67.5 million of its stock that year, an amount it called "insignificant." As of September 30, Berkshire said it had not repurchased any shares this year.