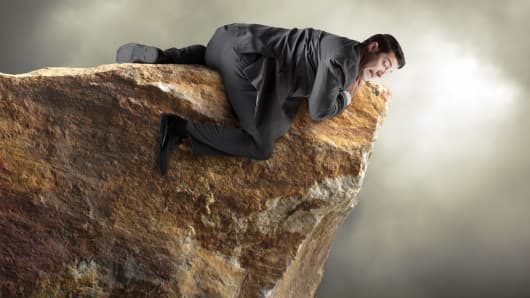 Friday could be a tense day for markets, as a resolution to the "fiscal cliff" appears less likely in the final trading days of the year.

Stock futures fell sharply Thursday evening after House Speaker John Boehner said he failed to mount support for his "Plan B" version of a bill that would raise taxes only on families earning more than $1 million, a plan already opposed by the White House. GOP leaders said the House would not take up any other votes until after Christmas, meaning the fiscal cliff talks could now count down to the new year's deadline or later.

"Now it is up to the president to work with Senator Reid on legislation to avert the fiscal cliff. The House has already passed legislation to stop all of the January 1 tax rate increases and replace the sequester with responsible spending cuts that will begin to address our nation's crippling debt," said Boehner in a statement. "The Senate must now act."

The cliff is the more than $500 billion in taxes and spending cuts that would start hitting the economy Jan. 1 if Congress does not act. Many market participants have been expecting a compromise between House Republicans and the White House that would be enough to head off the worst affects and lead to bigger tax and budget discussions in the new year.

Stocks so far have been tilting toward a positive resolution of the "fiscal cliff," but anxiety is rising that the talks between Congress and the White House could fail. 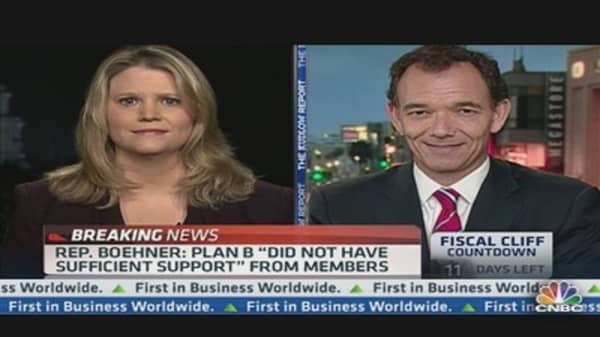 "The market is sensing a deal will come," said Richard Bernstein, CEO of Richard Bernstein Capital Management earlier Thursday. "…if it doesn't come period, then we're in trouble. There's a chance we go into next week and then volumes will be down and moves will be exacerbated."

In another move aimed at pressuring President Barack Obama, the House did approve a bill Thursday evening that would cut domestic spending but protect defense spending. Defense spending is scheduled to take a major hitunless automatic spending cuts are stopped. The cuts were agreed as part of the debt ceiling compromise and are referred to as part of the sequester.

"I am tremendously offended that everyone is getting on TV," said Bernstein. "They should be is a room with their sleeves rolled up, working hard…We should sequester them until they deal with the sequester."

Markets will be hyper-focused on the cliff talks and related rhetoric Friday, as traders position ahead of the weekend and ahead of the upcoming quiet holiday week. There is personal income and spending data and durable goods at 8:30 a.m., and consumer sentiment at 9:55 a.m.

"There was so much cynicism and skepticism coming into this, and the market is up two percent for the month of December. It's behaving very well," said Leo Grohowski, CIO of BNY Mellon Wealth Management, earlier Thursday. "There's an asymmetric risk/reward here over the next 11 days. I think there's now developing more potential downside if a deal doesn't get done than there is upside to a deal getting done." 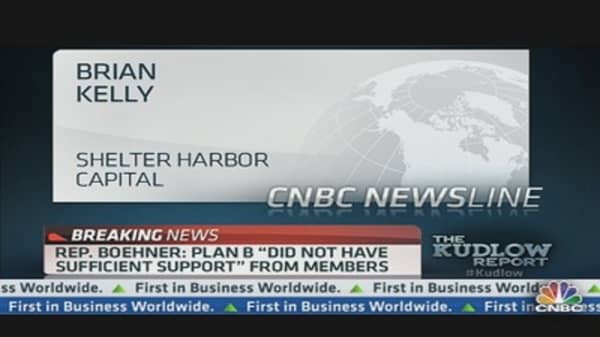 Grohowski said if there's no deal, the market could quickly lose several percent on that news alone. Analysts fear the economy would slip quickly into recession if there is no deal, and that would also slam stocks in the new year.

Even if there is a deal, Grohowski expects a choppy market in the first quarter but he sees the economy and earnings improving as the year goes on, giving a lift to stocks.

"The most annoying thing about this is the 30-year average GDP growth rate is 2.9 percent, and we're at 3.1," said Bernstein. "I can't believe it. The economy is just starting to show signs of life, and they could kill it."

Third quarter GDP, reported Thursday, was revised to show 3.1 percent growth, up from an earlier 2.7 percent. The Philadelphia Fed business index Thursday was also better than expected, rising to 8.1 from November's minus 10.7 and better than an expected decline of 2.1. November existing home sales rose 5.9 percent, more than expected and the fastest pace in three years.

Investors have been acting ahead of expected cliff-related changes coming next year, including higher taxes on dividends. Dividend paying stocks have paid the price. For instance, the utilities sector is the only major S&P sector to be negative for the year, with a loss of 1.3 percent.

Municipal bonds have also come under selling pressure recently. Lipper Thursday reported that municipal bond funds in the past week had their first outflow in eight weeks, losing $2.3 billion, the largest redemptions since Jan. 1, 2011, and the fifth largest on record.

"Munis have been hit in the last couple of weeks, a lot of that because of concern of the future of tax exemptions for upper income investors," said Grohowski. "In our view, it will become a better buying opportunity."

The S&P intermediate municipal bond index was up more than five percent for the year, through last Friday . "We're still constructive on munis, but I think due diligence on issue selection is going to be important," said Grohowski.