US and China Leave Feeble Europe in Their Wake 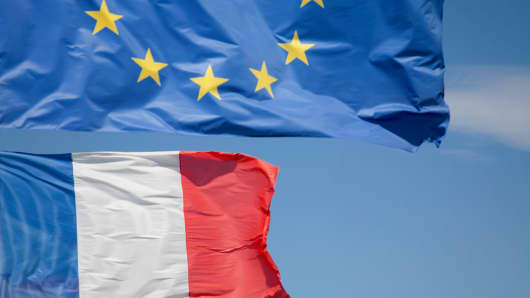 The economies of the United States, China and much of the developing world have decoupled from Europe, leaving it to wallow in various stages of recession and fiscal disarray.

That is one reason why the key economic event of the coming week will be a European Central Bank meeting almost totally focused on how far policymakers will go to boost growth.

Although there are some signs that a bottom may have been reached in the euro zone's recent economic decline, the pattern of moderate U.S. and Asian growth book-ending feeble Europe is firmly in place for the moment.

Manufacturing surveys published just a few days into 2013 laid out the divide starkly.

The United States and China both came in above the 50 index level that designates growth while the euro zone languished in recessionary territory for the 17th month in a row.

The December U.S. jobs report last Friday also did nothing to dispel the idea of recovery, although the prospect of more wrangling over the U.S. budget still casts a shadow. The dollar has even begun to rise on the distant prospect of an exit from years of stimulus.

"From a growth outlook, it is quite hard for Europe to disappoint," said Michael Metcalfe, responsible for global macro strategy at State Street Global Markets.

He argues that one of the main risks to the current global economic consensus is that there is too much gloom attached to Europe.

Most discussion about what the ECB will do at its meeting on Thursday centers on whether it will cut interest rates, something the bank's policymakers discussed last month before opting to hold the refi benchmark at a record low 0.75 percent.

(Read More: Why Central Banks Still Hold All the Cards in 2013)

It is an open question among economists about how much use a cut in the refi rate would be. Cutting the deposit rate from zero, meanwhile, would effectively mean charging banks for parking their money.

Part of this refi rate cut talk is because inflation expectations are seen fairly well anchored and because the ECB's own forecasts suggest the euro zone economy will shrink 0.3 percent this year.

The consensus of a Reuters poll in December, however, was for no cut in the first quarter. ECB Executive Board members Yves Mersch and Peter Praet have both dampened expectations of a cut in the main refi rate.

Joerg Asmussen, another ECB board member, also said late last month he would be "very reluctant" about the ECB cutting its deposit rate - now at zero - any further.

Berenberg Bank economist Christian Schulz argues that those against cutting rates have an upper hand at ECB at the moment because ECB President Mario Draghi needs support for his new bond-purchase programme, a backstop to deter investors from selling off debt in countries such as Spain and Italy.

"The commitment to potentially unlimited bond purchases is the key policy tool of the ECB," Schulz wrote in a note.

"To ensure its credibility ... Draghi will have to ensure maximum support for it in the Governing Council, which gives hawks a disproportionate weight and will probably prevent another rate cut to support the economy."

Friday brings China's latest inflation data, once a clear worry for the authorities and financial markets, both of whom feared the economy was growing too fast.

The fact that it is no longer cause for undue concern reflects both the impact of slowing global demand and steady efforts by Beijing to cool things down without a "hard landing" that would have rippled across the world.

This would sit well with growth expectations of around 7.7 to 7.8 percent for the year, two full percentage points below growth around two years ago. A soft landing, if you like.

"You had inflation taking off, overheating in real estate and the authorities tightening policy," said Standard Chartered's Hewin.

"(Now) inflation has essentially bottomed out. (The Chinese) authorities are not worried about overheating, nor are they concerned about a hard landing."

There is relatively little due from the United States in terms of economic releases, but plenty of issues to chew on.

One is just how widespread the belief is at the Federal Reserve that stimulus should be coming to an end - a surprising discovery in last week's minutes.

The other is the budget. Potential economic disaster was averted at the start of the year with an agreement between the White House and Congress over taxes, avoiding the "fiscal cliff" that threatened huge automatic budget austerity.

But the agreement left many things to be dealt with later.

"In our view, it leaves the door wide open for another debt ceiling fiasco in a matter of weeks, and installed a new "mini-cliff" for government spending in two months," Credit Suisse said in a research note.