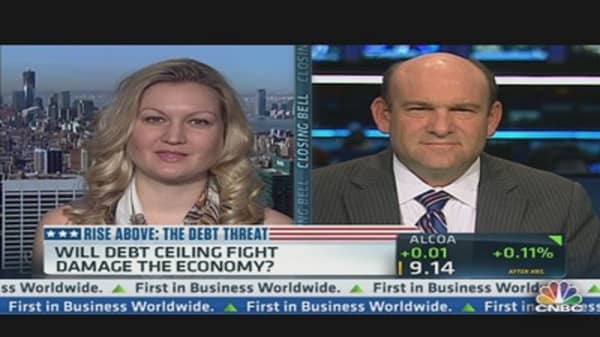 Anyone counting on their tax refund to help pay for a vacation or take care of some leftover holiday bills could be in for a big disappointment this year, thanks to the debt ceiling impasse.

One of the first casualties of the government not being able to pay its bills is likely to be income-tax refund checks, which would be delayed as Washington pays essential bills first and until warring political factions settle their differences.

The U.S. government could hit its debt ceiling by mid-February, after which it would have to rely on tax receipts to operate. That would result in a partial shutdown where only essential services would be funded.

"It's probably reasonable to assume there will be some delay" in tax refunds, said Steve Bell, senior director of economic policy for the Bipartisan Policy Center in Washington, D.C. "Normally, February is a very high income-tax refund month. People who anticipate refunds file as early as they can."

The Internal Revenue Service already has pushed back the first day to file until Jan. 30—eight days later than normal— as it sorted through the tax changes Congress imposed following the "fiscal cliff" battle. 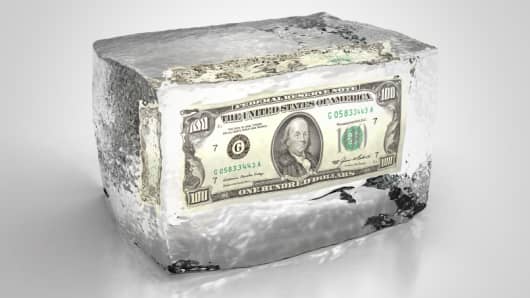 While taxpayers likely will be able to file anytime after that, the date when they get their refunds likely will depend largely on who blinks first in the battle over raising the $16.4 trillion debt ceiling.

In a normal year, the government pays out about $85 billion in refunds during February, when the debt ceiling will be hit.

"We expect there will be no diminishing of people who are filing," Bell said. "The question is whether they will have refunds within the three-week window that Treasury has to abide by."

Efforts to get comment from the Treasury Department and White House were unsuccessful.

In the case of the tax refunds, many Americans use them to pay off debt or simply to spend, allowing the money to circle back into the economy and help spur growth. Any delays, then, could hurt the fragile recovery.

"Since interest payments account for only 6 percent of total outlays, there is little risk that the federal government would have to default on its debts," Paul Ashworth, chief US economist at Capital Economics, said in a note to clients. "But it could be forced to stop paying tax refunds at the height of the tax filing season, fail to pay government contractors or government employees (including military personnel) or stop sending out Social Security checks."

Of course, there's always the possibility that the debt ceiling debate could follow the fiscal cliff script: Brinkmanship up to and past the 11th hour, followed by a deal in which little damage is done immediately and the tough choices are pushed off to the future.

But Ashworth said that's not a bet worth taking.

"Given how ill-tempered and dysfunctional the latest negotiations over the fiscal cliff were, there is a real chance that a deal proves impossible this time. (With) the stakes...a little lower, either side might be willing to trigger a partial government shutdown," he said. "That could have a very disruptive impact on the economy, particularly if it lasts more than a few weeks."

Indeed, the time frame would be key.

But anyone running their family budget based in any significant part on a tax refund could be in for a headache.

"If the debt ceiling isn't raised, that could happen. Will it happen? I doubt it very much," said Peter Cardillo, chief market economist at Rockwell Global Capital in New York. "When it gets down to the nitty-gritty, the debt ceiling will be raised."