Fitch Warns of US Downgrade Over Debt Fight 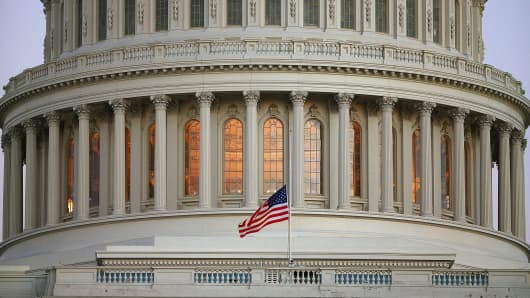 In a statement Fitch said the debt ceiling was "an ineffective and potentially dangerous mechanism for enforcing fiscal discipline. It does not prevent tax and spending decisions that will incur debt issuance in excess of the ceiling while the sanction of not raising the ceiling risks a sovereign default and renders such a threat incredible."

Read more:( US Default Should Be 'Unthinkable': Larry Summers)

Fitch warned that while the current Negative Outlook on the triple-A rating would likely be resolved, the absence of a credible medium term deficit reduction plan meant a downgrade later this year is likely "even if another debt ceiling crisis is averted."

It added that the U.S.'s triple-A rating was "underpinned by the country's relative economic dynamism and potential, diminishing financial sector risks, respect for the rule of law and property rights, as well as the exceptional financing flexibility that accrues from the global benchmark status of U.S. Treasury securities and the dollar" – all of which was now threatened by the looming debt ceiling. 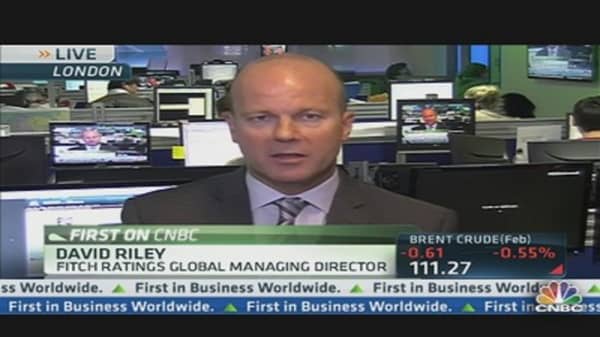 The U.S. government will reach its debt limit by the end of February or early March, and an agreement is needed between Republicans and Democrats for an increase to the debt ceiling. The two sides face similar acrimonious discussions to those that preceded an eleventh hour deal to avert the "fiscal cliff" in the New Year.

Speaking at a public event, Ben Bernanke the Federal Reserve chairman said although the "fiscal Cliff" deal had made some progress, the U.S.was "not out of the woods yet."


"Protracted debate prior to increasing the debt ceiling is not an exceptional event, but against the backdrop of unprecedentedly large peacetime budget deficits and outstanding debt, any delay in raising the limit would pose ever increasing risks to the ability of the federal government to honor its obligations in a timely fashion," Fitch said.

Bruno Verstraete of Lakefield Partners cautioned that the U.S. was facing a year of austerity if a deal could not be reached, warning the market would punish the country.

"It's becoming clear to investors that the U.S. might have a big political problem and a huge debt problem that they need to resolve. So far they have taken the strategy of growing themselves out of it which has not really worked. They will need to save a bit, increase taxes and take the budget under control. If not, the market will punish them either with a credit downgrade or with higher yields, higher yields are a given for 2013," he said.