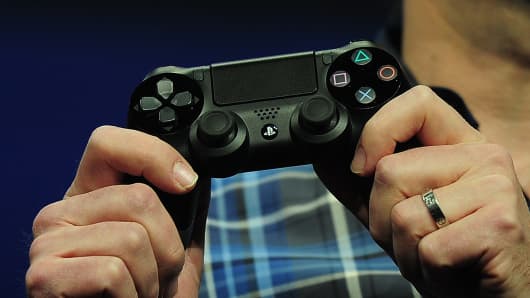 The unveiling of Sony's highly anticipated PlayStation 4 (PS4) – its first video game console in seven years – may be touted as a major step in turning around the struggling tech giant's fortunes, but one analyst said the firm didn't reveal enough about the new device to predict its success.

Lewis Ward, research manager of gaming, IDC, said that while the hardware of the new PS4 is very impressive, being unable to see the physical device, together with a lack of information on its pricing and release date, made it difficult to predict how well the device will do.

"They didn't give us some vital pieces of the picture that would help me really understand if this new console is going to succeed or not," Ward told CNBC. "I think to some extent it will be a wait and see attitude."

(Read More: Will the PlayStation 4 Give Sony the Boost It Needs?)

The design aesthetic of the console is going to matter a lot to gamers, according to Ward, who says seeing the actual device would get them more excited about buying the latest PlayStation.

"It's certainly got potential, but to race out and say that hardcore gamers are going to convert from Xbox back to the Sony brand, I'm not sure that I saw enough tonight to convince me that's going to happen," Ward said.

Sony didn't reveal the launch date for the PS4, other than saying it would be available for the 2013 holiday season. No details were given on the price either, but Sony did tout the new features of the device. Dubbed "DualShock 4," the console, which comes equipped with a touch pad, will allow users to stream and play video games on hosted servers.

The unwrapping of PS4 in New York on Wednesday comes at a crucial point for Sony, which has been losing market share in the gaming space to rivals Microsoft and Nintendo, and as more users switch to smartphones for gaming.

The Japanese firm did manage a turnaround in its earnings in the fourth quarter of 2012, posting $496 million in operating profit, compared with $980 million loss a year ago.

Damian Thong, senior analyst, Macquarie Securities Japan, said Sony's advantage over its competitors is its game quality, and the new PS4 appears to deliver on that end. 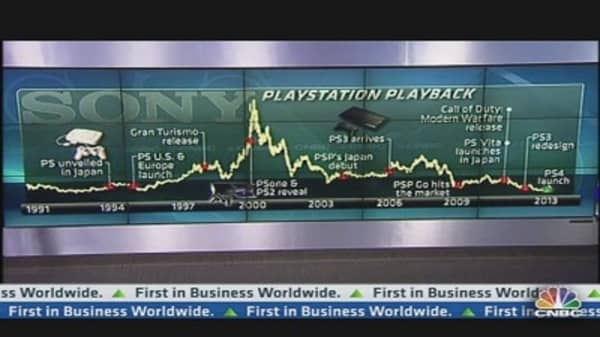 Getting on board gaming software developers like Bungie, which created smash hit games like "Halo" for the Xbox, is a big bonus, he added. Bungie announced Wednesday that it will be bringing its next gaming franchise, called 'Destiny' to Sony consoles.

"If you look at the game's quality, there's certainly a step up in performance, and also the coming on of developers like Blizzard as well as Bungie… (which) certainly highlights from the developer's standpoint that the PS4 will be a positive," Thong said.

Ward, however, said users need to see more information on the catalog of games that will be available from day one of the PS4's release.

"Is the cloud based service from GaiKai going to be available at launch and if it is, does that mean that previous PlayStation games are going to be there on day one?" Ward said. "We need to know when people put down their money, are they going to have a robust game catalog and the social features and some of the other things they talked about?"