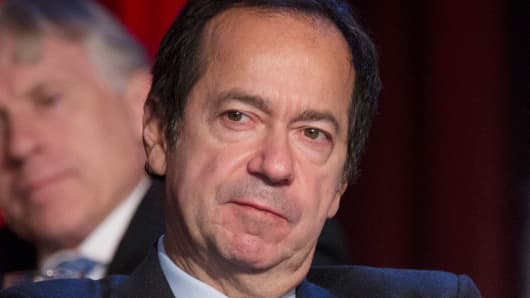 Paulson & Co., the largest shareholder of MetroPCS Communications, said it will vote against the wireless service provider's proposed merger with T-Mobile USA, a unit of Deutsche Telekom, unless the companies sweeten the deal.

Paulson, owner of 36.3 million shares or 9.9 percent of MetroPCS stock, is following in the footsteps of another shareholder, P. Schoenfeld Asset Management (PSAM). PSAM, whose holdings represented 1.66 percent of MetroPCS shares at year end, is leading a proxy battle against the merger.

Paulson said on Thursday that, while the deal has strategic merits, the merged company would have "too much debt at too high an interest rate to be competitive" and it complained about the exchange ratio for MetroPCS shareholders.

The firm said, however, that it could change its view if the companies restructured the deal. But MetroPCS said on Thursday that it believes the proposed deal is in the best interest of MetroPCS and its shareholders. An official for T-Mobile USA was not immediately available for comment.

In response to the Paulson statement, one source close to the deal said that Deutsche Telekom was still committed to the current terms. The person asked not to be named as any talks around the deal are private.

Given the current deal terms, Paulson believes MetroPCS would be worth more as a stand-alone company because it would be free to pursue a stand-alone strategy while seeking higher value strategic transactions.

But Paulson said it could support a deal with T-Mobile USA if Deutsche Telekom restructured the terms of the deal "with reduced amounts of intercompany debt, a lower interest rate on that debt, added cash and a higher exchange ratio for MetroPCS shareholders."

MetroPCS agreed to merge with T-Mobile USA in October in a reverse merger deal that would leave Deutsche Telekom with a 74 percent stake in the combined company. As part of the deal MetroPCS will declare a 1-for-2 reverse stock split and pay $1.5 billion in cash to its shareholders.

MetroPCS shareholders are due to vote on the deal on March 28. MetroPCS shares closed at $9.80 on Thursday. The stock has fallen from $11.52 since October 1, the day before it emerged that MetroPCS was in talks with T-Mobile USA.