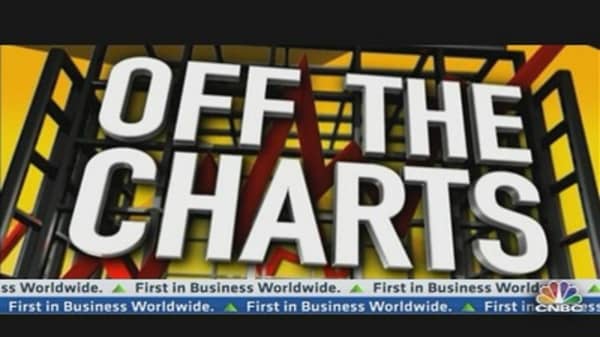 Can Facebook redeem itself by trading back up to the $38 level where it came public last May?

In an attempt to answer that question Mad Money went 'off the charts' with technical analysis from Scott Redler the chief strategic officer at T3 Trading and a Cramer colleague at RealMoney.com.

Redler identified what could be a very bullish pattern in the weekly chart of Facebook – something called a Cup and Handle pattern.

First, you get a cup-shaped bottom, and then after the stock rebounds, it starts pulling back while trading in a tight range, which gives you the handle. Once the stock breaks out from the handle and the pattern is finished, it's typically followed by a substantial rally.

In fact, if the Cup and Handle holds, Redler thinks thinks the resulting rally could carryFacebook all the way back to its IPO price the $38 to $42 range.

How does Redler get that target?

The size of the rally after a cup and handle pattern is generally equal to the depth of the cup, which in Facebook's case was 14 points. That's why Redler believes the stock could ultimately have 14 points of upside from here.

And that's not the only bullish development – Facebook also just broke above a level of key resistance - $27. That was a classic buy signal for Redler, and he thinks there should be more of these types of moves ahead.

If Facebook breaks out above $29.20 and holds above that level, showing that institutional traders are committed to buying the stock higher, Redler would recommend adding to your position.

And if the stock can rally above $32.50, Redler believes nothing stands between Facebook and the $38 level where it came public.

However it's worth noting that technical analysis is subject to interpretation. 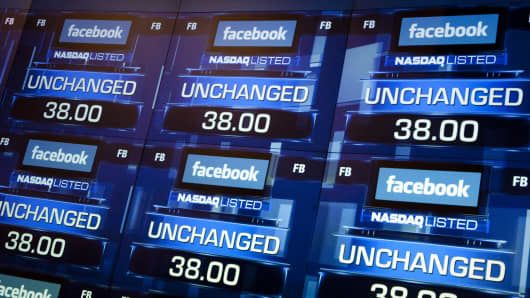 If Redler is misreading the signs and Facebook breaks down below $26 and closes beneath that level, then Redler would abandon ship because his setup here would be broken.

However, for Cramer, technicals aren't enough. He also demands strong fundamentals too. And he's found them.

"After initially struggling Facebook has now mastered mobile and I think the company has a bright future." In January Facebook said mobile monthly active users grew 57 percent from a year ago to 680 million. Facebook's mobile ad revenue doubled from the third to the fourth quarter, now comprising 23 percent of ad revenue.

The only divergence between Cramer and Redler's analysis is in the time horizon. Redler says because that Cup and Handle formation took a long time to build, the resulting rally could take months and months to play out. He's suggests waiting and watching.

By contrast, Cramer thinks the time to buy is now before the mobile strategy really takes hold and the Street catches on. "I like the stock right here," he said.