Next Apple iPhone May Have NFC Technology: Report 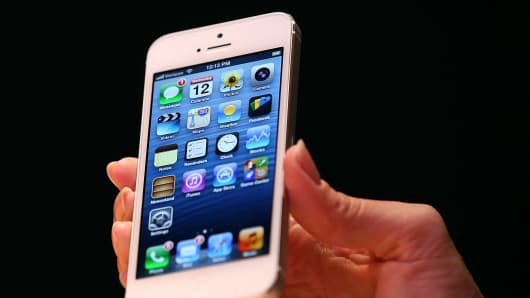 Apple's next generation iPhone may feature technology that will enable users to pay for purchases with a tap of their phone.

(Read More: Apple Chart Looks 'So Bad That It's Good')

According to an AppleInsider story, the China Times is reporting that the next iPhone, which it's speculated will be called the iPhone 5S, will have near-field communication technology (NFC) and a fingerprint sensor.

(Read More: Near Field Communication — the Next Mobile Boost?)

Apple is expected to launch the latest iPhone model in June or July, according to Jefferies analyst Peter Misek.

The NFC chip would allow contactless payments, and a sensor under the home button would serve as a way for users to authorize the payment with their fingerprint, according to the report.

The latest iPhone models already have an e-wallet-type app called Passbook, which stores a user's boarding passes, loyalty cards, coupons and movie tickets in one place. Items stored in Passbook require QR codes for scanning, however.

An NFC chip in Apple's iPhone would allow tickets, coupons and payments to be processed by tapping the device to an NFC-enabled terminal.