Could Hungary Be Thrown Out of the EU? 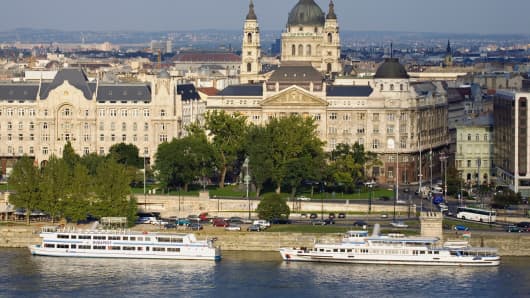 Hungary's increasingly aggressive moves against media, judiciary and central bank independence will be discussed by European Union heads of states on Friday, raising the possibility that Hungary could be thrown out of the EU.

The European Union is concerned Hungary may be flouting EU rules on human rights, after its parliament voted this week to amend its constitution to allow legislation to bypass approval from the constitutional court. Hungary had defied calls from the European Commission to delay the vote.

The move means European laws designed to protect the freedom of the media and the independence of the judiciary could be compromised, if not violated. Following the vote, the European Commission said it would investigate whether Hungary's new laws are anti-democratic and violate the bloc's rules on human rights and EU treaties.

Martin Schulz, president of the European parliament, told CNBC on Thursday evening that a country could be thrown out of the EU if it did not respect European rules and rights, but added that he was wary of passing judgement prematurely.

"Before you blame a country for not respecting the fundamental values of a community to which it belongs, you must have 100 percent safe proof and so far, the proof is not on the table," he told CNBC, speaking from Brussels, where EU leaders are holding a two-day summit predominately focused on the sovereign debt crisis. 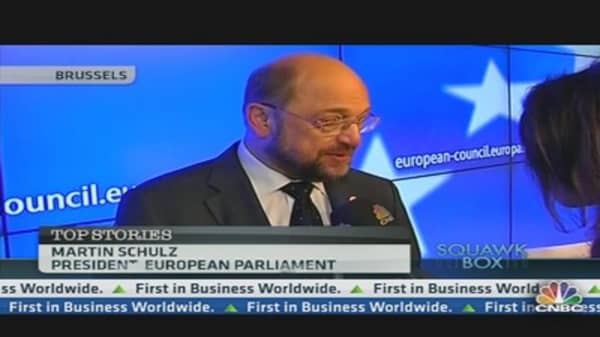 "The inquiry is on the road but I will not comment on this," Schulz added. "You need time to check a very complicated constitutional framework."

Speaking at the Summit on Thursday, Hungarian Prime Minister Viktor Orban dismissed fears about his policies, saying Hungary's "democratic institutions are strong enough to defend themselves".

His comments came amid reports that he might pressure the Hungarian central bank to attempt to write-off the country's large foreign currency debts, or convert them into Hungarian forints.

"Foreign currency loans, in my mind, are basically an issue of sovereignty," Orban said in speech on Tuesday. "It means that we are unable to take advantage of having our own currency, the forint, which is currently an advantage against the euro zone."

According to Hungary's banking regulator, more than half of the country's debt that is held by households and businesses is in Swiss francs or euros.

Orban imposed sweeping changes on the Hungarian Central Bank two weeks ago, dismissing many of its economists and appointing former Economy Minister Gyorgly Matolcsy, a close associate of his, as the bank's Governor. The move has increased concern that the government intends to extend its control over monetary policy.