Want to Be a Banker? Pass Integrity Test First 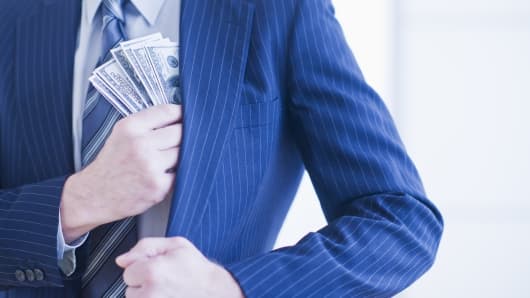 Thousands of financial sector workers risk being frozen out of the industry unless they pass mandatory tests measuring their personal ethics and integrity.

The Chartered Institute for Securities & Investment (CISI), a professional body for individuals working, or seeking careers in wealth management and capital markets, wants all of its members to undergo integrity screening or face losing their membership, as it battles to restore public faith in finance.

Until now, only individuals offering financial advice had to take such a test as a condition of their CISI status and to comply with U.K. rules on how investment funds are sold to savers.

Bankers working in areas like corporate finance and mergers and acquisitions, and traders in bonds, shares and derivatives have no such regulatory requirements imposed upon them.

But the CISI said on Tuesday that systematic checks on the ethics and integrity of workers across the entire financial services industry were long overdue.

"There has been much talk about a number of initiatives which are aimed at restoring trust in financial services. This is one that has come to fruition and today we are introducing a real change," CISI Chief Executive Simon Culhane said.

Based in London, the CISI is an international organisation with offices in financial centers such as Dublin, Singapore, Dubai and Mumbai.

(Read More: If There's a 'War' Against Banks, the Banks Are Winning)

Around 7,300 of CISI's 40,000 members have sat the Integrity Matters test since it was introduced in late 2008. The CISI hopes the additional roll out will reassure savers that the industry is serious about ending so-called 'casino-banking'.

The test offers users six dilemmas, all based on real life examples from the financial sector. Each dilemma evolves over a series of time periods, with each response determining how the scenario develops.

As well as demanding compliance across its entire global membership, the CISI said it would no longer accept entry-level candidates for its capital markets qualifications unless they had passed the exam first.

Some institutions including Bank of America require staff working in retail investment advisory roles to take examinations set by, or belong to, approved bodies like the CISI so they can more easily demonstrate competence of their employees to regulators.

Without such credentials, jobseekers could struggle to find work at some of the world's largest banks, the CISI said.

Martin Wheatley, head of Britain's Financial Conduct Authority, welcomed the CISI initiative but sceptics said the test would only prove that bankers know how they should act, not whether they actually would apply those ethics on a daily basis.

"No test can guarantee how someone will behave subsequently. But our aim is to make people aware of how they should behave when faced with difficult situations," Culhane said.