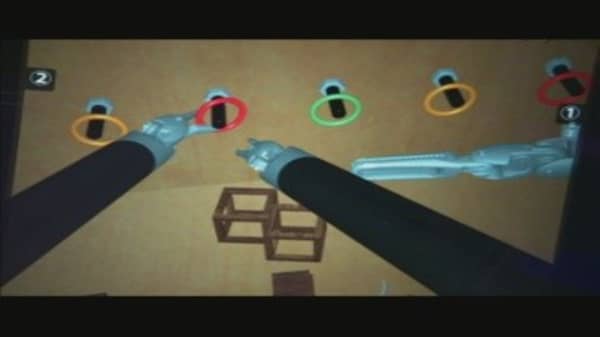 If the critics of robotic surgery are right—that safety is an issue—how is it that it was performed on 450,000 people last year?

The answer may lie in one word: Marketing.

According to former salespeople, internal emails and even Wall Street analysts, Intuitive Surgical—maker of the da Vinci, the pioneering surgical robot—is a marketing machine with a company culture steeped in aggressive marketing techniques, including high-pressure sales efforts by Intuitive targeting hospitals and doctors.

"Our extensive field checks highlighted a story where aggressive marketing drives the message and true clinical utility seems secondary in nature," wrote Suraj Kalia, a Northland Capital analyst, in a recent report on the company.

His comments were echoed in documents filed in support of a lawsuit against Intuitive in Washington state. The trial started this week. Intuitive declined to comment on Kalia's report or any aspect of the trial. 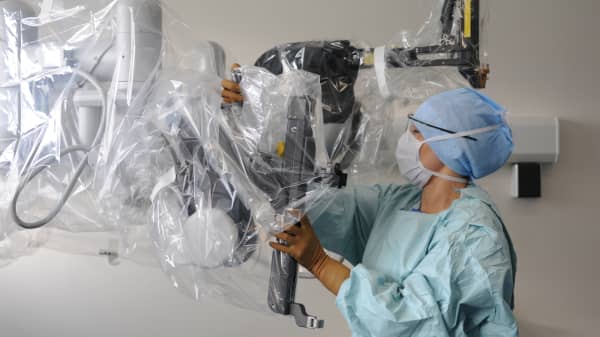 In one email, Intuitive's clinical sales director bemoaned how the "Mountain West team is forecasting about 285 procedures each week. We need to be at 345 procedures/week to close on our goal."

With two days left in one quarter, another sales leader wrote: "Let's bring it home! Be sure to scrub all schedules, identify cases on Thursday and Friday that can be moved up. ... Turn over every stone possible. I know there are 2 out there."

In another email that day, another sales leader wrote: "Guys, it's time to call in favors for these last 2 cases. ... We need to start calling our surgical champions who know our business first thing tomorrow."

Other emails show sales reps trying to persuade hospitals to lower the amount of supervised surgeries required before surgeons can operate solo.

Marketing the robots to the hospitals, the former salespeople said, was equally aggressive. "We would go to hospitals in a local geography and get docs to pledge they would take business away to other hospitals if their hospital didn't get the robot," said one former regional sales director, repeating something several sales reps said.

Intuitive aims its marketing at doctors, hospitals and, rare for a surgical device, directly at the consumer.

Hospitals proudly display banners and advertise the arrival of the da Vinci. Northwest Medical Center in Margate, Fla., even put up a da Vinci outdoor billboard with slogans like "The Power Performer" and "da Vinci, same name, same genius."

Some hospitals that have the robot, however, have kept it low key. Massachusetts General, for example, has one robot, has never actively promoted it and has limited the doctors who can use it. "We have had a very conservative, cautious and skeptical approach to the use of it," said Dr. Peter Dunn, an anesthesiologist who also oversees the hospital's new surgical technology as head of its perioperative operations.

And while the hospital continues to consider new uses for the robot, Dunn said, "more important than the device, is the quality of the surgeon."

—By CNBC's Herb Greenberg; Follow him on Twitter:@herbgreenberg and Google