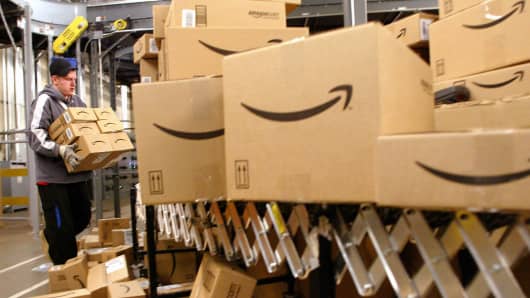 The days of tax-free online shopping could be numbered.

A bill to impose sales tax on Internet purchases took one step closer to being passed Wednesday, when the Senate voted 75-22 in favor of considering The Marketplace Fairness Act. A vote on passage could come this week.

The bill is supported by the White House and e-commerce giant Amazon.com and embraced by brick-and-mortar retailers, their trade association and the National Conference of State Legislatures. But it has been sharply criticized by online merchants led by eBay, as well as anti-tax advocates.

Despite the debate over the issue, experts say it won't change the way most Americans use the Internet to shop.

"Ultimately, customers are used to paying taxes on goods they purchase, just not necessarily online," said Clark Fredricksen, vice president of communications at eMarketer. "It wouldn't be surprising to see some outcry but in fact very little impact on actual sales."

"Consumers only care on big ticket items," said Tom Forte, Internet analyst at Telsey Advisory Group. "If you think about why people purchase from catalogs or e-commerce companies, selection and convenience are numbers one and two... Price is not as important."

"On an average basket size of $40 to $50 it's not going to have an impact," said Aaron Kessler, senior analyst at Raymond James & Associates.

Fredricksen said it also wouldn't stop the pervasive practice of showrooming, where customers visit brick-and-mortar stores to see an item, then buy it somewhere else.

"Price comparison is only one component of why consumers showroom," he said. "Showrooming is a broader phenomenon encouraged by rapid adoption of smartphones and growing use of mobile phones as purchasing and shopping devices."

Even the National Retail Federation agreed that, sales tax or not, showrooming is probably here to stay. "I think retailers will adapt to it," said David French, the group's senior vice president of government relations. "What this will do is eliminate the built-in price advantage online retailers have," he said. 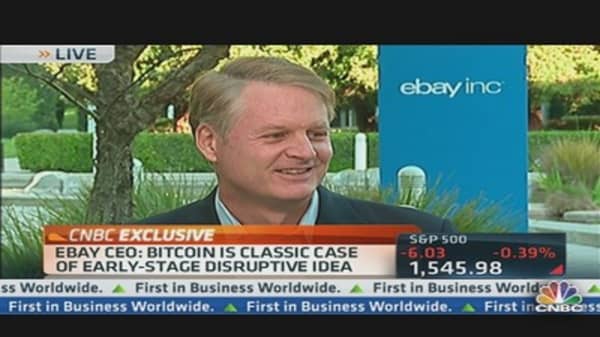 But Brian Bieron, eBay's senior director for global public policy, said the legislation would hurt small online retailers, and analysts like Forte agree that compliance would carry a cost burden.

Although eBay can't quantify how many businesses the legislation would impact, Bieron said "far too many" would be affected. The NRF's French contends that it would be less than a few hundred.

Although Amazon already collects sales tax in some states, on the surface, its support for the measure is counterintuitive. Kessler said it has more to lose than eBay based on its merchandise mix.

Amazon could lose sales to big-box retailers, although Forte estimated that only about 14 percent of Amazon's retail sales come from big-ticket items like TVs.

"I think Amazon realized it was inevitable," Kessler said.

The other reason behind Amazon's support for Internet sales tax legislation is its growing brick-and-mortar footprint. Current law requires that a retailer with a physical presence in a state — like a store or warehouse — has to collect sales tax there. As Amazon has moved more aggressively into same-day delivery, it has expanded its network of facilities. And if it has to collect sales tax, it wants to make sure competitors like eBay have to, as well.

For shoppers, the upshot means paying taxes on purchases they might not have before. Technically, customers are supposed to self-report those taxes, but almost nobody does. The Marketplace Fairness Act replaces this broken honor system with one that puts the onus on the merchant.

Whether or not this will prove a windfall for state coffers, though, is unknown. Estimates of how much money is lost because people don't self-report tax owed on online purchases range from $11 billion to around $24 billion annually, but evidence from California, which has had its own Internet sales tax rule in place since September, indicates that the amount might be even lower.

The other X-factor is whether or not the act can pass through the Republican-controlled House of Representatives. With a majority hostile to taxes of just about any kind, Forte suggested some sort of compromise — like matching sales tax revenue with equal cuts in aid to states or lowering corporate tax rates to compensate retailers for the administrative costs of collecting the tax — might have to be brokered for the Marketplace Fairness Act to see the light of day.