Are You a Tax Cheat If You Shop Online Tax-Free? 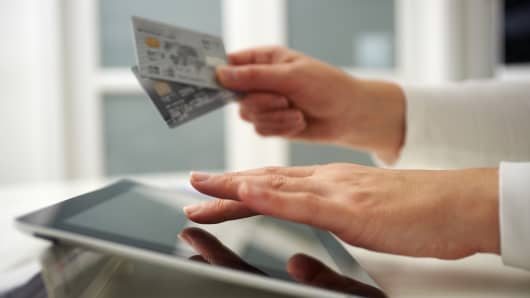 Buy anything on the Internet lately without paying sales tax? In all but a few states, you're probably a tax cheat.

That's right, even if Internet retailers don't collect sales tax at the time of the purchase, you're required by law to pay it in 45 states and the District of Columbia.

Here's the problem for states: hardly anyone pays the tax, and there's not much states can do about it.

The Senate is expected to pass a bill Monday making it easier for states to collect sales taxes for online purchases. Some of the nation's largest retailers are rejoicing. But small-business owners who make their living selling products on the Internet worry they will be swamped by new requirements from faraway states.

"It's a huge burden for a company like ours," said Sarah Davis, co-owner of Fashionphile.com, a California-based company that sells high-end pre-owned handbags and purses. "We don't have an accounting department, we've got my father-in-law."

Davis started the company in 1999 and now runs it with her brother-in-law. They have 26 workers and three stores, in Beverly Hills, San Diego and San Francisco. Last year, Fashionphile.com did $10 million in sales, the vast majority of it online, Davis said.

Fashionphile.com sells bags directly from its website and on eBay. The company collects sales taxes from customers who live in California, but not from people who live in other states, Davis said. Under the law, states can only require stores to collect sales taxes if the store has a physical presence in the state.

That means big retailers, such as Wal-Mart, Best Buy and Target, with stores all over the country collect sales taxes when they sell goods over the Internet. But eBay, Amazon and other online retailers don't have to collect sales taxes, except in states where they have offices or distribution centers.

As a result, many online sales are essentially tax-free, giving Internet retailers an advantage over brick-and-mortar stores.

But the purchases aren't really tax free under the law.

In states with sales taxes, if you buy something from an out-of-state retailer and don't pay taxes, you are supposed to pay those taxes when you file your state tax return, said Neal Osten, director the Washington office of the National Conference of State Legislatures.

(Read More: A New Tax Could Send Shoppers Back to the Mall)

Only Delaware, Montana, New Hampshire and Oregon have no sales tax. Alaska has no state sales tax but does have local ones.

Unpaid sales taxes are usually referred to as "use taxes" on state income tax returns. Use taxes apply to purchases made over Internet, from catalogs, television and radio ads and purchases made directly from out-of-state companies. State officials, however, complain that few people pay these taxes, Olsten said.

"I do know about three people that comply with that," says Sen. Mike Enzi, R-Wyo., the main sponsor of the Senate bill.

Enzi's bill would empower states to require businesses to collect taxes for products they sell on the Internet, in catalogs and through radio and TV ads. Under the bill, the sales taxes would be sent to the states where a shopper lives.

Businesses with less than $1 million a year in out-of-state sales would be exempt.

The Senate is expected to pass Enzi's bill Monday. Already, the measure has survived three procedural votes. President Barack Obama supports it, but the bill faces an uncertain fate in the House where some Republicans consider it a tax increase.

Supporters say the bill is about fairness for local businesses that already collect sales taxes, and lost revenue for states. Many governors, both Republicans and Democrats, have lobbied the federal government for years for the authority to collect sales taxes from online sales.

The issue is getting bigger for states as more people make purchases online. Last year, Internet sales in the U.S. totaled $226 billion, nearly 16 percent more than the previous year, according to Commerce Department estimates.

States lost a total of $23 billion last year because they couldn't collect taxes on out-of-state sales, according to a study by three business professors at the University of Tennessee. About $11.4 billion was lost from Internet sales; the rest came from purchases made through catalogs, mail orders and telephone orders, the study said.

The study was done for the National Conference of State Legislatures.

"This is a sales and use tax which is on the books," said Michael Kercheval, president and CEO of the International Council of Shopping Centers. "This isn't a tax issue. It's a tax collection issue."

Kercheval's group is part of a broad coalition of retailers that supports Enzi's bill, including Internet giant Amazon, which says it wants a uniform national policy for collecting taxes on Internet sales.

Supporters say the bill makes it relatively easy for Internet retailers to comply. States must provide free computer software to help retailers calculate sales taxes, based on where shoppers live. States also must establish a single entity to receive Internet sales tax revenue, so retailers don't have to send them to individual counties or cities.

"The same software that allows people to figure out shipping costs by ZIP code can figure out what the taxes are," Kercheval said.

Opponents say the bill doesn't do enough to protect small businesses. EBay wants to exempt businesses with less than $10 million in sales or fewer than 50 employees.

"Complying and living under the tax laws of 50 states is a major undertaking because the process of complying with tax law goes far beyond just filling out the right forms," said Brian Bieron, eBay's senior director of global public policy. "You have to deal with the fact that all of these government agencies can audit you and can question you and can actually take you into court and sue you if they think you are doing something wrong."

Davis, the co-owner of Fashionphile.com, said even with free computer software, her business doesn't have the manpower to separate sales taxes for each state and meet each state's deadline to send in the money.

"We collect and pay sales tax here in California and we're happy to do that. We receive benefit from that. We can influence lawmakers locally on how those taxes are spent and how much those are and how they're collected," Davis said.

"I don't feel the same about Indiana."