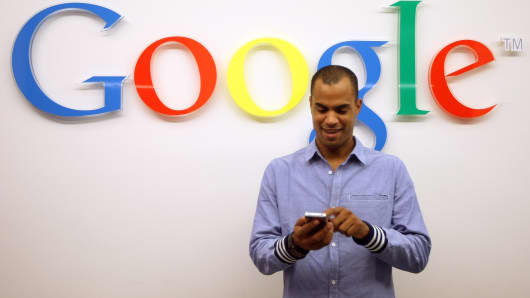 Internet-search giant Google has signed licensing deals with Universal Music Group and Sony Music Entertainment to launch a subscription music service that would compete with fast-growing start-up Spotify, according to a report on Tuesday in technology blog The Verge.

Google, the world's No. 1 search engine, could unveil the streaming music service at its annual developer conference, which kicks off on Wednesday, according to the report, which cited anonymous sources.

Google plans to create separate music subscription services to its mobile-focused Google Play store and to its YouTube video website, according to The Verge. The deals with Sony Music and Universal, whose catalogs include popular artists such as Rihanna and Bob Dylan, follow reports earlier this year that Google had signed a subscription deal with Warner Music Group.

Music streaming, or playing songs over the Internet, has in recent years begun to come into its own as listeners increasingly choose to stream songs from apps like Pandora or Spotify via their smartphones, rather than buy and store individual tracks.

Apple is talking with music labels about tacking a subscription service option onto iTunes, sources have told Reuters.