Can Wall Street Live Without Bloomberg? 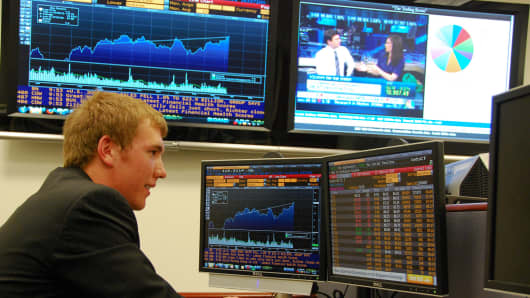 Market participants rely on the firm's ubiquitous data centers for charts, economic reports and a host of other information. Though there are competitors out there, none matches the voluminous bits of intelligence the Bloomberg terminals offer.

The integrity of those machines, though, has been called into question following disclosure that for decades Bloomberg reporters have had access to certain information in clients' accounts.

So even if it's unlikely that there will be cartloads of the machines rolling out of Wall Street offices anytime soon, that doesn't mean the firm doesn't have a big problem on its hands. 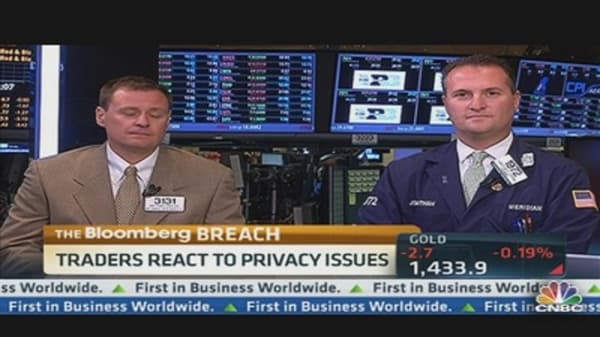 "If that's true and they had access to all of that information, that's totally ridiculous and Bloomberg should be thrown under the bus," said Michael Cohn, chief market strategist at Atlantis Asset Management. "That's just so pathetic. I don't understand how this policy got institutionalized in the first place, and how it was allowed to go on for so long."

While Bloomberg's overwhelming dominance on its terminal platform has been in fixed income, the controversy raises questions about whether competitors, such as Thomson Reuters and Dow Jones, will see new opportunities for themselves on Wall Street in equities data.

Still, Cohn, like many others who make their living on the Street and need boatloads of information to ply their trade, said use of Bloomberg terminals will continue.

"What can you do about it?" he said. "Bloomberg is one of those things that's irreplaceable in many ways. They'll probably just get away with an apology."

(Read More: What Does Bloomberg Know?)

A simple mea culpa may not be enough, however, to satisfy customers over Bloomberg's sprawling business spectrum.

Trading executives speculated that the reputational damage could hurt the firm in journalistic credibility and might diminish attendance at investor conferences and hurt its software enterprises and future terminal contracts.

"They won't shut down the terminals, because the contracts are pretty tough to break," said one trader, who asked not to be identified to protect his own relationship with the company. "Even if they shut them down, they're still going to be paying for them. It clearly will impact new terminal subscribers and firms thinking about subscribing to them."

In the meantime, Bloomberg will have to act aggressively to mitigate future damage.

The company already has issued apologies but will need to provide full disclosure on the extent to which the information was used, said Jonathan Bernstein, president of Bernstein Crisis Management, which helps companies deal with such situations.

"There are very few things a company can do wrong that are worse than a breach of customer confidentiality," he said. "Trust in the organization that underlines its reputation is their most important asset."

Bernstein said the scandal could be worse than News Corp's revelations that its News of the World paper had been hacking cellphones to get stories.

"You have to do more than just apologize. You're going to have to engage in a campaign of transparency and consistency before people are going to trust you again," he said. "There are other ways to get that data (on the terminals), and I would guess now that some companies are going to find other ways to do it."

That's easier said than done, however, and some Wall Street pros doubted a significant move would take place.

"It just gives you pause," Matt Cheslock, a trader with Virtu Financial, told CNBC. "But I don't think it's going to stop anyone in the long run, because there's no alternative right now."

(Disclosure: Bloomberg is a competitor of CNBC in reporting and distributing business news on the Web and on television.)