Money Could Get Tighter by Summer If Jobs Improve: Fed's Williams 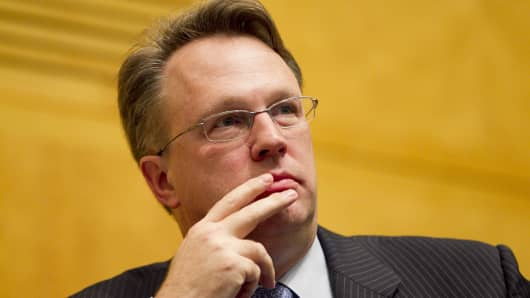 The Federal Reserve could begin easing up on the monetary gas pedal this summer and end its bond buying altogether late this year, a top Fed official said Thursday, citing "good news" on the employment outlook.

"It will take further gains to convince me that the 'substantial improvement' test for ending our asset purchases has been met," John Williams, president of the Federal Reserve Bank of San Francisco, said in remarks to a luncheon sponsored by the Portland Business Journal.

But if the labor market, which Williams called "considerably" better, continues to strengthen, "we could reduce somewhat the pace of our securities purchases, perhaps as early as this summer," he said. "Then, if all goes as hoped, we could end the purchase program sometime late this year."

Williams' policy views are seen as squarely in the center at the central bank, which is buying $85 billion of Treasurys and mortgage-backed securities every month to boost growth and spur hiring through lower long-term borrowing costs. 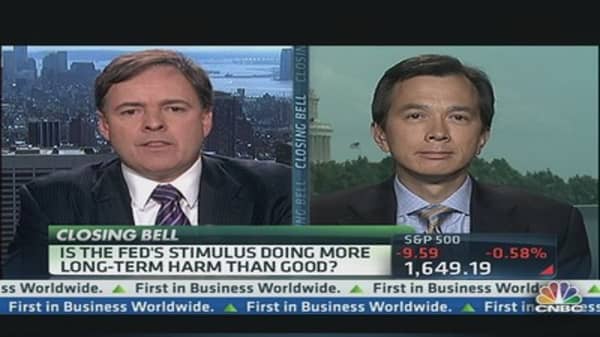 The Fed has vowed to continue its purchases until the improvement in the labor market to which Williams referred.

The Fed next meets June 18.

Williams' optimism on employment and the ability of the Fed to wean markets off its third round of quantitative easing, known as QE3, by summer comes amid a fresh round of weak economic data.

Williams, who does not have a vote on the Fed's policy-setting panel this year, reiterated his projection that gross domestic product will grow at about a 2.5 percent this year, and 3.25 percent next year.

Inflation, which has fallen recently to about half of the Fed's target of 2 percent, probably will increase slowly but stay below the central bank's target for the next few years, he said.

William also forecast that unemployment will end this year at just below 7.5 percent and next year at a shade under 7 percent. While that is still higher than most economists believe is healthy in the long term, the rate has fallen faster than the Fed had expected when it began its bond-buying program, he said.

Nearly all indicators that the San Francisco Fed monitors to gauge the health of the labor market are signaling continued improvement over the next six months, Williams said.

"If we were in a car, you might say we're motoring along, but well under the speed limit," he said. "We may not be getting there as fast as we'd like, but we're definitely moving in the right direction."

Williams gave a particularly bullish assessment of housing and said that consumer spending has "fully rebounded" from its steep decline during the recession. Tighter U.S. fiscal policy and recession in Europe are holding the economy back, he said.

The Fed will have trillions of dollars of securities on its balance acting to depress long-term borrowing costs, as well as its pledge to keep short-term rates low until unemployment falls to at least 6.5 percent—as long as inflation remains contained.

Williams said he does not see unemployment dropping below 6.5 percent until mid-2015.