This Market Rally Has to Stop Sometime. Doesn't It? 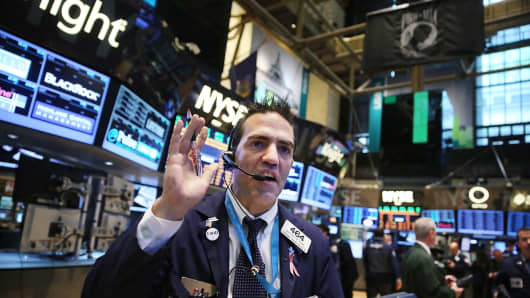 Stock market rallies have to end sometime for sure, but history suggests the current one, despite its seemingly bloated nature, doesn't have to end anytime soon.

Previous years that have started off this strongly, in fact, most often have ended strongly, with gains coming despite strong obstacles and pullbacks shallow rather than sharp.

"The bears keep getting steamrolled and the bulls keep adding to positions," Walter Zimmerman, senior technical analyst at United-ICAP, said using the respective terms for market pessimists and optimists.

Zimmerman has been in the former crowd—suspect that Federal Reserve money-creating that has kept the rally afloat won't be able to sustain a surge that has come despite weak economic growth and daunting technical challenges.

(Read More: Market and the Economy: What the Fed Is Missing)

Even he now is conceding that there appears to be little in the way of a further rally. 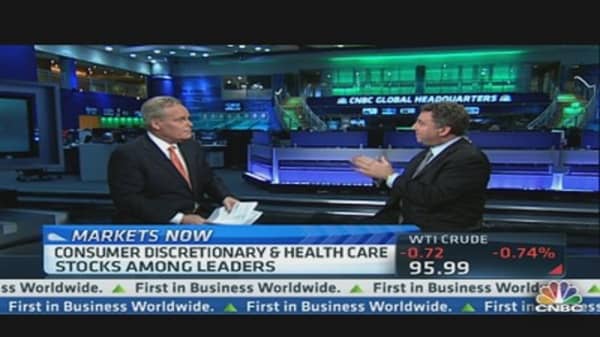 "Looking at the near-term indicators, it looks like all we're likely to get here is a bull market correction," he said. "And that's a ways away, but it would still fit the bill for a broadening top pattern."

The "broadening top" is a reference to market that is trying to put in the peak of a rally but so far has been unsuccessful.

Zimmerman's chart studies have seen the Standard & Poor's 500 smash through a number of resistance points, the most recent being 1,665, which the market cleared Monday and created more distance from Tuesday.

Next stop, according to Zimmerman: 1,790, which would go beyond even the biggest bull predictions from Wall Street.

JPMorgan strategists raised their S&P 500 year-end price target to 1,715 on Friday, and Goldman Sachs one-upped its competitor Tuesday with a 1,750 call.

"Meanwhile, the gap between Main Street and Wall Street continues to widen," Zimmerman said. "So you've got to wonder what kind of world we are moving into here."

Zimmerman advises investors to use tight stops in their trading to protect themselves should the market take an unexpectedly sharp slide.

That type of skepticism, though, is getting increasingly shorter in supply.

In a correlation analysis of how this year's market compared to previous ones, Bespoke Investment Group found that 2013 most closely resembles 1995. The chart correlation is 0.96, with perfect being 1.0.

The two years had similar gains to this point, with the 1995 market gaining another 16.6 percent through the year with the maximum pullback just 1.7 percent.

In the 10 most correlated years, the S&P 500 averaged a 6.74 percent gain through the remainder of the year, with positive returns 70 percent of the time.

"To call this year's equity market rally impressive would definitely be an understatement, but to call it something unlike anything ever seen is likewise a bit extreme," Bespoke said in a note.

Other analysts have noted that the S&P 500 is trading more than 10 percent above its 200-day moving average, a signal to some that it is due to pull back.

But BMO Capital markets found that during previous similar periods, the S&P 500 gained an average 16.5 percent over the next 12 months.

"Either investors are anticipating an economic rebound in the second half or it appears that they have been dismissing fundamental valuations since last February," Jack A. Albin, BMO's chief investment officer, said in a note. "Not ones to stand between the market and a powerful trend, we would rather make money than be correct on valuations."

Indeed, the sense of resignation is palpable, with few willing to fight the Fed even though most everyone is trying to figure out where it all ends.

Fully 350 of the companies on the S&P 500 are in overbought territory, and the number keeps rising, according to Bespoke.

"The rally continues to look orderly in our view," Strategas analysts Chris Verrone and John Kolovos said in a report. "Trending markets can stay 'overbought' for very long periods of time."