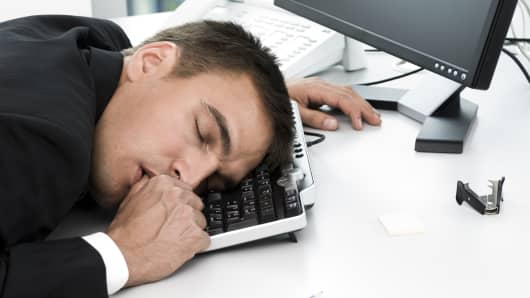 A German bank employee accidentally transferred 222,222,222.222 euros ($295 million) from a customer's account when he fell asleep at his computer.

The bank clerk had been attempting to transfer just 62.40 euros ($82.80) for the customer, a pensioner, when he dozed off with a finger on his keyboard's "2" key.

The clerk's boss was fired for failing to notice the mistake, made in April last year, but a labor court in Germany ruled on Tuesday that the dismissal was unfair.

The 48-year-old supervisor, who had worked at the bank since 1986, had not intended to deliberately harm her employer, court documents published online said.

Rather, the mistake occurred because she had less than three seconds to check each transaction, and was overseeing hundreds every day.

The court judge said the supervisor should have received a caution instead of being fired, and ordered the bank to reinstate her.

Fortunately for the bank and the customer, the error was caught by an internal system and corrected.