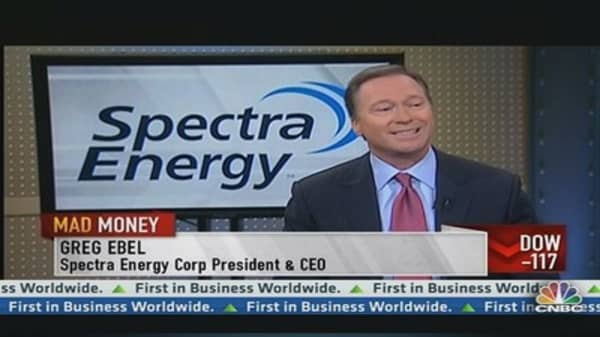 Cramer is always looking for new ways to make you money. And in this interview with Spectra Energy he may have uncovered a gem.

As the Mad Money host was talking with Spectra Energy CEO Gregory Ebel about new developments at the company, Ebel said "At our most recent board meeting, we decided that by the end of this year we can put all of our natural gas pipelines and storage assets in the United States into our MLP." 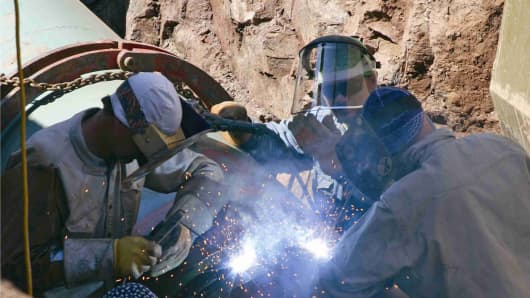 He went on to say, "That's going to make it one of the largest MLP's in the United States. We will increase the distribution to a penny a quarter that will put it into the top range, and that will help Spectra Energy shareholder as well, because it will take the dividend at SE from 8 cents to 12 cents a year starting next year. So, those are big developments that we've been discussing for some time but just decided with our board."

The CEO also told Cramer that on a combined basis between Spectra Energy and Spectra Energy Partners, there will be an enterprise value of about $50 billion.

Cramer has been a fan of the stock and it's management for quite some time. The Mad Money host believes Spectra is among the best way to benefit from a long-term theme he believes will endure for some time to come.

"We're discovering, producing and harnessing so much new oil and natural gas in the U.S. and Canada that it's a game-changer for huge swathes of our economy," Cramer said.

"If we're going to actually use all of this oil and gas, we need to transport it from the remote places where it's produced to the markets where it can be refined or consumed," Cramer explained. That's why I've been such a consistent backer of the pipeline plays including this one."