Four Reasons Why Apple Is in More Trouble Than You Think 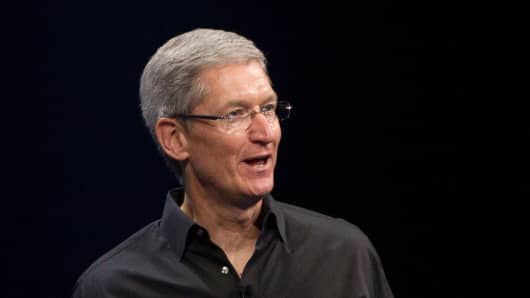 Apple's decline has been well-documented. One need only look at a stock chart, which shows that shares of Apple have lost more than a third of their value in nine months. Or one could look at the number of Google searches for "Apple," which peaked with the stock in September 2012 and have since dropped precipitously.

But Max Wolff says that Apple investors should look out for a variety of risk factors that haven't yet materialized. According to Wolff, chief economist and senior analyst at GreenCrest Capital, Apple faces four big risks that no one is talking about.

Privacy concerns raised by the NSA phone records revelations could be more troubling to people using Apple products and services than those using those of other companies, Wolff said.

"You pay more to be in the Apple ecosystem than in anyone else's ecosystem," Wolff said, "and people might be more upset that they're paying a lot of money and they're still getting spied on."

Wolff likens it to the difference between a free concert and one that a fan pays to attend.

"If I'm going to see a show in Central Park, and it's terrible, then I'm not angry at Central Park," Wolff told CNBC.com. Contrast that to paying $500 for top-notch seats and then getting moved to worse ones.

"Google is the free ecosystem and Facebook is a walled garden, but at least it's free," Wolff said. "If you're paying more to be in the Apple ecosystem, and if you find out that your privacy is no more sacred than it is anywhere else, that actually is problematic."

Wolff points out that Apple has been remarkably good at dodging serious consumer ramifications from a tax policy that some consider evasive.

"Every progressivey person that is upset that corporations don't pay taxes has an Apple," Wolff said. "And at the end of their email or text message about how horrible it is that companies don't pay their taxes, it says, 'By the way, this message was sent from the biggest tax cheat in American history.'"

Once again, Wolff says that the especially high cost of Apple products puts the company at a heightened risk. He notes that when buying a low-priced clothing item, a consumer should not be too shocked to learn that it was made in sub-par conditions by a young worker. "If you just paid $1,400 for a suit, on the other hand, you expect that it was made by someone who's at least 8."

Wolff said that while "Apple has been very good at being Teflon, and I don't see any reason to think that wouldn't continue, the tax issue is not going away." 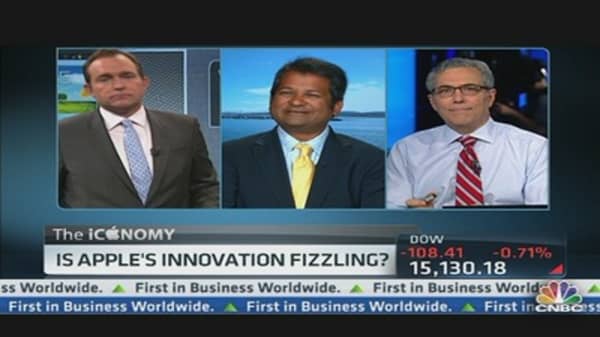 Wolff notes that Google is working to integrate its Chrome and Android platforms, and this could end up being a major concern to Apple.

"If Google figures out a way to market a Chrome operating system with an Andoid tie-in, they can sell you a notebook computer which is also a tablet, and has a nice integrated operating system, for $400 or $500," Wolff said. "If they get that then they'll have a single product that is very dangerous for the Macbook Air and the iPad."

Even people who might be able to afford Apple's products, though, might choose Google's cheaper choice anyway. "If a lot of what I'm going to do on these devices is Google Docs and Google Drive and Gmail, and I wouldn't have to get the free frames at Lenscrafters, I could be a dangerous new kind of hipster," Wolff said.

Wolff believes that schools are the next battleground between Apple and Google.

"One of the next big fights is going to be education spending," Wolff said. "If I'm a school system, I can buying an entire classroom [of students] these Google devices, or I can buy two of them the Apple stuff."

The bottom line, for Wolff? "Some of these price differentials might make some difference."