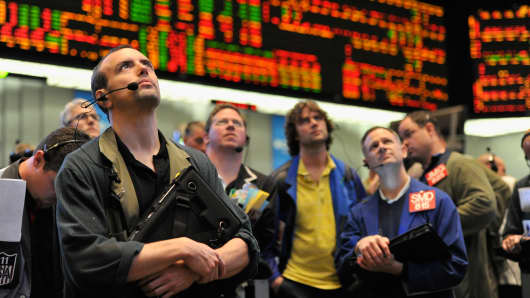 Yields on 10-year Treasurys have lurched 50 basis points upwards since May on fears the Federal Reserve may start scaling back its asset purchasing program, and some economists now forecast yields could reach 3 percent by year-end.

"We expect the 10-year Treasury yield to rise close to 3 percent by the end of the year," James Paulsen of Wells Capital Management said in a research note on Tuesday. "Rising confidence [in the U.S. economy], which has clearly run through the stock market (in the form of higher valuations), is also now beginning to run through the bond market, pushing yields higher."

Similarly, Citi predicted the 10-year yield will rise to 3.1 percent over the next 12 months, up from its current level of 2.19 percent, in a research note out on Wednesday.

(Read More: Goldman: This US Treasury Sell-Off Is for Real)

Investor concerns about a bond sell-off ignited on May 22, after minutes from the last Federal Open Markets Committee meeting suggested the central bank could opt to scale back its $85 billion-a-month asset purchase program as soon as June. The Fed has been the biggest buyer of U.S. government bonds in recent years, and tapering is viewed as negative for bondholders over the long-term.

"Yields are far from their 'normal' levels, or yields that we would have expected in the absence of quantitative easing by the Federal Reserve," strategists from Societe Generale said in a research note on Tuesday. Societe Generale forecasts 10-year U.S. Treasury bond yields will hit 3 percent by Spring next year, and rise to 5 percent by 2017.

"The trading community loses money as bond yields go up, and that is going to be a problem for the financial services industry. They are going to have to deal, or they are going to have to relearn how to make money in a bear market for bonds," Weinberg told CNBC on Tuesday. He added that higher yields would benefit long-term investors such as retirees, who could "make more money on coupon income, and so forth".

(Read More: Even Fed May Not Be Able to Tame Volatile Trading)

John Wraith, fixed income strategist at Bank of America Merrill Lynch, told CNBC that bond markets were in for a period of elevated volatility, because of uncertainty regarding the direction of Federal Reserve policy in the near-future. However, he said that U.S. Treasurys were currently priced at roughly fair value.

"We've got models that would suggest, for example, that about another $400 billion of asset purchases are reflected in current valuations in the U.S.," Wraith said. He predicted the Fed will hike interest rates in the first quarter of 2015, and said this has already been priced into the market. 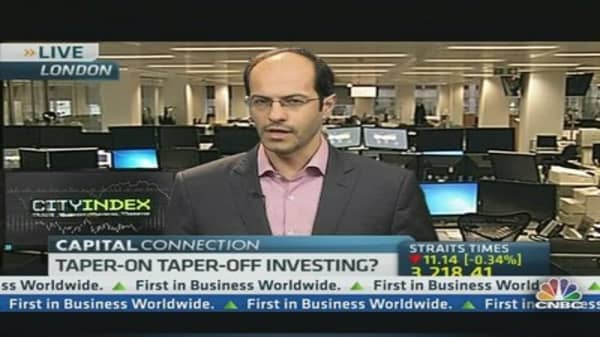 Despite concerns about fixed income markets, Weinberg said that the equity bull run which gathered pace at the start of the year may continue. The S&P 500 and the Dow Jones Industrial Average have both logged gains of around 15 percent year-to-date, despite recent dips.

(Read More: Rising Interest Rates: How Investors Should Be Positioned)

"There's no reason why the stock market can't continue to rally through a period of Fed tightening. It has done it almost every other time the Fed has tightened before," Weinberg said, adding that the Fed needed to clearly indicate to traders that any tightening was due to a U.S. recovery.

"Our strategists around the world remain positive, forecasting double digit gains over the next 12 months, even as bond yields rise," the Citi research note said.