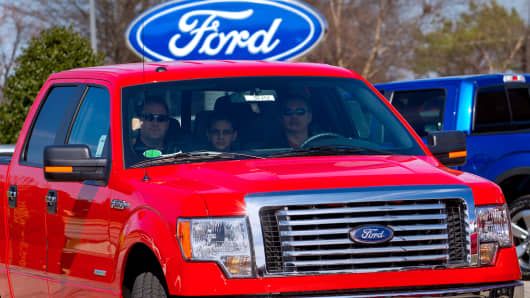 The Ford F-150, already the country's top-selling vehicle, has a new title: "Most American."

The latest Cars.com American-Made Index ranks the F-150 in the top spot, replacing the Toyota Camry, which held the honor for three straight years.

"I'm not surprised the F-150 topped the list," said Patrick Olsen, editor-in-chief of Cars.com. "Ford has been increasing the percentage of domestic parts it uses in the F-Series truck, and pickup sales are increasing as contractors replace some very tired fleets of work trucks." This year, 75 percent of the components in the F-150 come from domestic suppliers.

The Cars.com American-Made Index ranks vehicles based on three factors: location of final assembly, percentage of domestic parts used in the vehicle and sales of the car or truck.

In a reflection of how automakers are using global supply chains and a lower percentage of domestic components in vehicles sold here in the United States, the number of models eligible for the American-Made Index continues to fall. Cars.com requires vehicles to have at least 75 percent of their components manufactured by a domestic supplier in order to qualify for consideration. This year, just 14 models could make that claim, down from 20 a year ago and 30 two years ago. 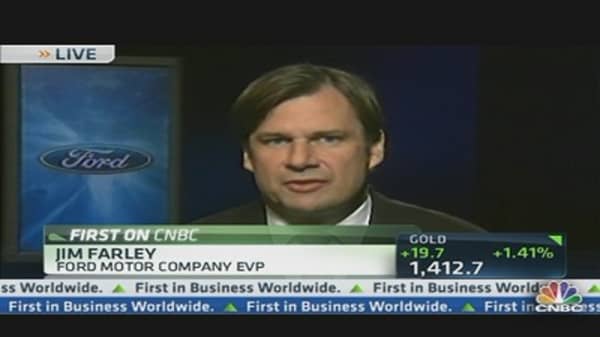 "This is a clear sign of how the industry is changing. With global platforms and production of vehicles shifting around the world, automakers are using more components made outside North America," Olsen said.

Made in the USA Driving Sales?

As the auto industry has become more global, so too have the tastes of American car buyers. These days, the Big Three control less than half the U.S. market and the importance of buying American is less of a factor for car buyers.

"Buying American isn't necessarily the key decision maker for every car shopper; however, a study we conducted in 2012 indicated that 25 percent of shoppers surveyed preferred to buy American," said Olsen. "The American-Made Index is meant to help car shoppers understand that 'American-Made' extends beyond just the Detroit three."