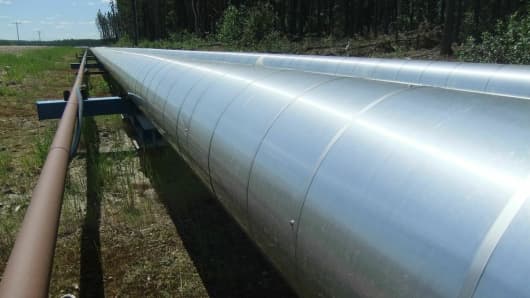 Oil bulls were swift to point out last week that the political drama unfolding in Egypt, and the risks it raised to oil and gas transiting the country via pipeline and through the Suez Canal, were the main force driving U.S. crude futures to 14-month highs and continue to present an upside threat.

They're not entirely wrong but fears of heightened Middle East supply risks tell only part of the story. The jump past triple-digits may have a more prosaic explanation and, as Deutsche Bank analysts noted, the answer may be sloshing around in the fuel tanks of American oil storage hub Cushing, Oklahoma which is also the delivery point for the benchmark crude oil futures contract on the New York Mercantile Exchange.

Political unrest in North Africa and the Middle East region typically has a more pronounced impact on the benchmark Brent crude oil market. That was certainly the case, Deutsche noted, during the early stages of the "Arab Spring" in the first quarter of 2011.

At that time, Brent was the "initial flashpoint" of market concerns as oil markets focused on the potential supply disruptions to the Atlantic basin, Deutsche said in a research note on July 4. 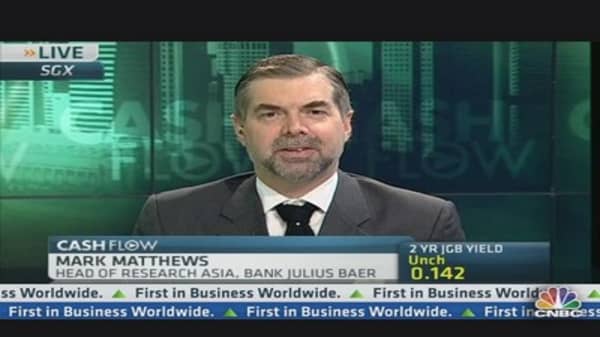 Yet, this week despite the anti-government protests in Cairo's Tahrir Square, it was WTI (West Texas Intermediate, the grade underlying U.S. crude oil futures) that out-performed, while Brent saw a more muted reaction. Importantly, the price spread between the two benchmarks narrowed to $3.09 a barrel on Wednesday, the narrowest since December 2010.

Why did U.S. crude futures attract the bulk of the buying interest this week?

Deutsche put it down to "ongoing tightening in WTI physical fundamentals" driven by an improvement in pipeline and rail networks which have helped to drain a glut of oil at the WTI delivery point at Cushing, Oklahoma. Plus, declining inventories in the U.S. Midwest (classified as 'PADD 2' by the government's Energy Information Administration) has also helped.

Combined, this week's outperformace of WTI against Brent and the related compression of the price spread "suggests that U.S. pipelines and lower Padd 2 and Cushing, Oklahoma, inventories are having more effect on the oil market today than events unfolding in Egypt at least for the time being," Deutsche strategists Soozhana Choi and Michael Lewis wrote in the report.

For now at least, WTI seems to have the upper hand. That said, many market participants increasingly believe Brent crude is the more globally representative gauge while WTI - despite efforts to 'de-bottleneck' a glut of inland supply and pipe it to export terminals on the Gulf Coast - is still seen by many as a regional benchmark.

Dominic Schnider, Head of Commodity Research at UBS Wealth Management pointed out on Monday that Cushing inventories remain high, standing close to record levels, at 50 million barrels, and current pricing of the Brent-WTI spread needed to be higher to support the additional of new rail capacity to help drain the inventories.

"We need that railway capacity and it's not going to happen at the current price…not at $3, not at $4, I think for the rail capacity we need some $8 to $10," Schnider told CNBC Asia's "Squawk Box" on Monday.

"That's why second half, I do think that the spread is going to widen again. You're going to see an additional 1.2, 1.3 (million barrels per day) pipeline capacity to bring some of the crude away from Cushing to the Gulf coast. That will help more towards the end of the year and not in the third quarter."