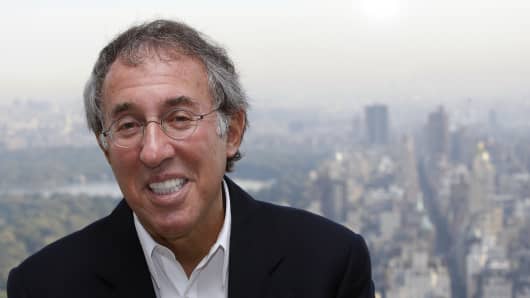 On June 20, a day when investors were heading for the hills and the market was down sharply, Ron Baron's Baron Capital saw its strongest inflows of the year.

The markets plunged that day after Federal Reserve Chairman Ben Bernanke indicated the central bank was getting ready to exit its extreme monetary easing program.

When asked about the recent equity market sell-off that accompanied Fed fears, the renowned buy-and-hold investor stressed buying and selling on news is not a good strategy.

(Read More: One Eye on Earnings, the Other on Bonds)

"Money is running from bonds and gold. I think people investing in bonds can have significant capital depreciation over the next several years," he said in an interview. 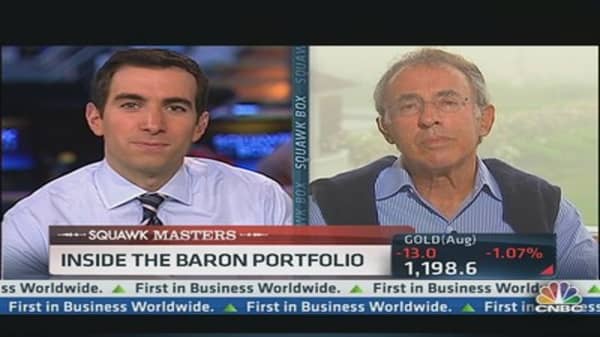 "Investors who base their buy and sell decisions on current news generally sell and buy at exactly the wrong times. It's crazy," he continued.

The biggest market mover this summer has been worries the Fed will pull back on its $85 billion a month bond-buying as part of quantitative easing.

"Investors are selling aggressively reacting to news the Fed's announcement that they might slow their open market bond purchases because the economy is steadily improving."

The economic recovery, he said, is the reason why now is a "great time to buy."

"Companies have almost doubled their earnings in the past 13 years while stock prices have increased only about 25 percent," he said.

Expecting stock market returns for the next 20 years to approximate the 7 percent annual returns earned by U.S. stocks for generations, Baron quoted Albert Einstein that "the most powerful force in the universe is compound interest."

Baron is putting his money behind his words.

Emphasizing these purchases are not for the short-term, Baron stressed the average length of time his firm holds their stocks is seven years.

"This is the beginning, not the end for stocks." said Baron. "You should not be afraid to invest now."