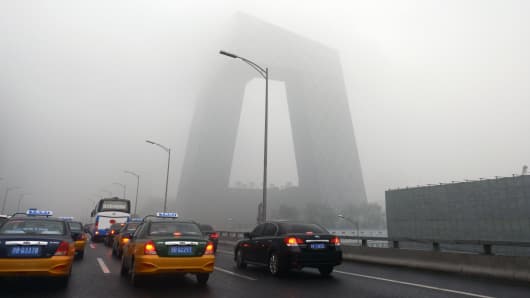 China, struggling to cope with worsening smog problems as roads in Shanghai and Beijing become choked with traffic, plans new restrictions on vehicle sales in some key cities.

Such limits are already in place in four major cities, and eight others will be added to the list, according to reports published Thursday by China's state media. It's not clear if the expanded list will make exceptions for those buying lower-polluting battery cars, as has been the case in the past.

China is now the world's largest automotive market, but the rapid growth—which neared triple digits during parts of the past decade and was running at over 9 percent on an annualized basis during the first half of 2013—has come at a cost.

(Read More: China's Smog - What Are the Economic Costs?)

Beijing and Shanghai, for example, now face some of the world's worst traffic snarls. The number of vehicles on the road in the capital city alone has jumped to 5.18 million, up more than 2 million since 2008, according to the official Xinhua news agency. 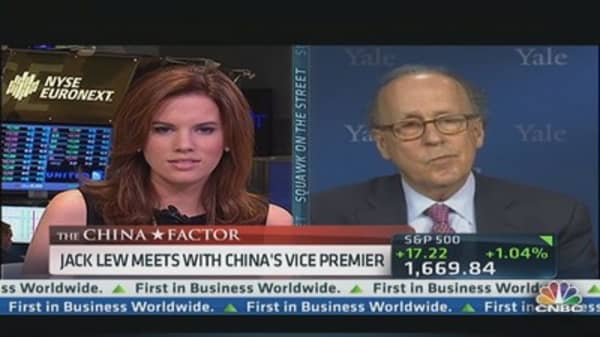 While the federal government has rapidly increased the level of emissions control equipment mandated for new vehicles, automobiles are still catching blame for China's worsening air pollution problems, especially along the industrialized Pacific coast. In recent months, Beijing has repeatedly seen pollution levels near or exceed the current limits on reporting systems.

Read More From The Detroit Bureau:
Jaguar Goes Forward Into the Past With Project 7 Sports Car Concept
Pickup Sales Boom Driving Down Average US Fuel Economy
A 30 MPG Corvette? New Stingray Is Not Only Faster, More Powerful But Fuel Efficient

Regulators have tried to deal with both the pollution and traffic problems by enacting vehicle lotteries in Beijing, Shanghai and two other large cities. That has limited the number of motorists who can register new vehicles to just 20,000 each month. To put that into perspective, there are 1.53 million potential buyers waiting to be chosen, according to The Associated Press.

That said, the restrictions on car ownership in Beijing "failed to achieve what the government wanted to see because the restrictions only slowed the growth in the number of cars. They didn't reduce the numbers of cars," Zhao Jian, a transport expert at Beijing's Jiaotong University's School of Economics and Management, told the news service.

Nonetheless, Chinese regulators appear to be caught in a bind. The automotive industry is one of the stars of the country's manufacturing sector and not something Beijing's bureaucrats feel they can shut off. They continue trying to limit vehicle sales in already crowded cities while encouraging growth in regions of the country that are only beginning to catch up with the economic boom along the coast.

For example, Volvo, the Swedish automaker now owned by Chengdu-based Geely, plans to target so-called Tier 2, 3 and 4 cities for much of its anticipated growth in the coming years. China has more than 200 cities with a population of over 1 million people, and the secondary markets are seen by many as the real growth opportunity for the auto industry in the years ahead.

By several recent estimates, including one from General Motors, China's annual car sales could top 35 million by 2022—more than demand in North American and Europe combined.

But there are growing concerns about whether the country can handle that boom in traffic—or emissions. Jun Ma, chief Chinese economist for Deutsche Bank, warned earlier this year that the government could take several steps that include "constraining auto ownership growth."

The report from state media indicates that is likely to happen, at least in eight more cities reported to include Tianjin, Chongqing, and Shenzhen, the major manufacturing center near Hong Kong.

According to a separate report in the China Daily newspaper, the new restrictions could reduce Chinese vehicle sales by 2 percent or as much as 400,000.

What remains to be seen is whether regulators will slip a loophole into the new rules, as they have with existing lottery programs in Beijing and Shanghai. China has set a goal of making a major shift to battery power in the coming years but has struggled to get consumers to go along. The government hopes that desperate motorists will purchase just about anything in order to get their own wheels.