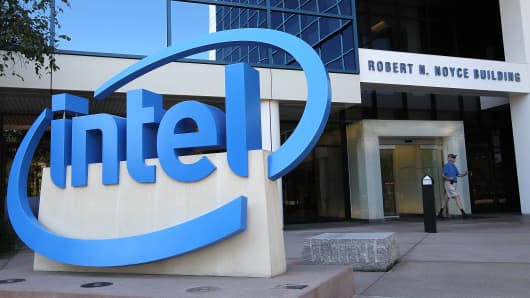 Intel hit its earnings target but cut its full-year revenue forecast amid slumping PC sales and a shift toward tablets and smartphones. Shares initially ticked higher after-hours but then turned lower, and last traded down 4 percent.

"We've lowered our expectations for the traditional PC market and so we've brought our guidance down as a result of that," Intel CFO Stacy Smith said on CNBC's "Closing Bell."

"We were a little slow to recognize the trend toward mobility," he said, but added that the company is starting to see some traction and gain market share in large growth markets in areas such as tablets.

The world's top chip maker on Wednesday posted second-quarter revenue of $12.8 billion and said revenue in the current quarter would be $13.5 billion, give or take $500 million.

Analysts expected $12.9 billion in revenue for the second quarter and $13.73 billion for the current quarter, according to Thomson Reuters. 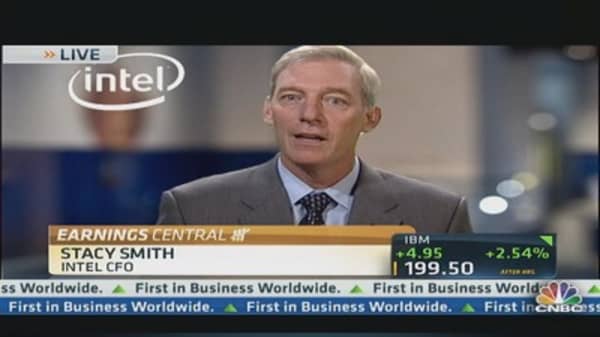 Intel said it expects 2013 revenue to be flat from the year before. Last quarter Intel forecast a low single digit percentage increase in 2013.

Intel is optimistic about the "confluence of events" in the second half, including the Haswell Chip and Windows 8.1, Smith said. The company is focused on the ultra mobility market "redoubling our efforts" in that space, Smith said.

For the second quarter, Intel reported net income of $2 billion, or 39 cents a share, in line with expectations. That compared with $2.827 billion, or 54 cents, in the same quarter last year.