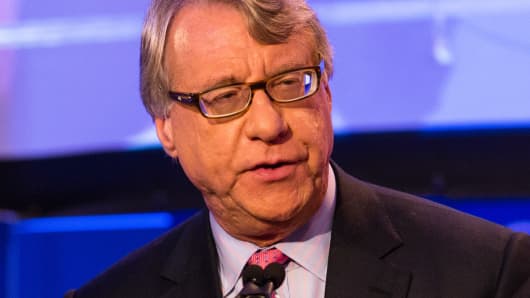 Caterpillar is the latest "iconic American company" to be on the hit list of Jim Chanos, the founder and managing partner of Kynikos Associates.

Chanos argued at the Delivering Alpha conference presented by CNBC and Institutional Investor that a slowdown in mining is going to cut into Caterpillar's earnings faster and deeper than investors expect.

"The bulls expect a capex decline in mining. But here's the problem: they expect it to decline slowly," Chanos said.

Chanos pointed out that capital spending on mining equipment was currently far higher than the historical average, driven in large part by "the Chinese real estate bubble." The Chinese slowdown and the end of "the global commodities super-cycle" will drive spending back down to something closer to historical levels.

Chanos is perhaps the world's best known short-seller. When he names a company as one of his targets, its stock often sells off rapidly. Last year at Delivering Alpha he took on Hewlett Packard. At the start of his presentation on Wednesday, he joked that his portion of the day's program should be called "Destroying Alpha." 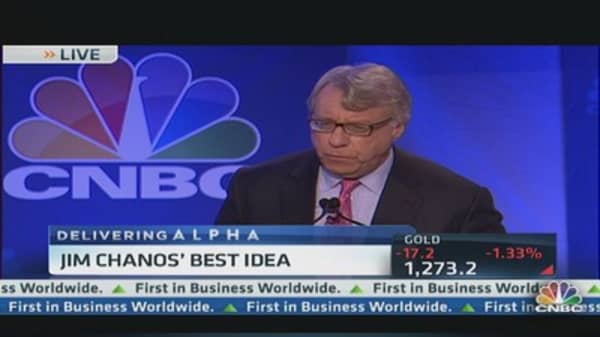 Expanding on his thesis, Chanos said that a reversion to the mean in capital spending for mining equipment would strike deep into Caterpillar's profitability He also argued that there are "accounting issues" arising from the way the Caterpillar had written down the value of recent acquisitions.

And he got a bit personal, saying the chief executive was too "promotional." He was referring to Douglas R. Oberhelman.

"His forecasts are routinely off," Chanos said.