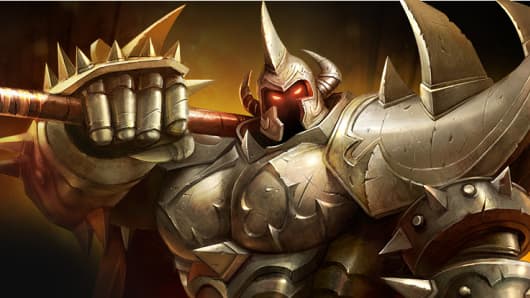 The burgeoning world of professional video gaming known as electronic sports (eSports) scored a big win this week when Riot Games, creators of the popular online competitive game "League of Legends," announced that it had successfully lobbied the U.S. Citizen and Immigration Services to begin issuing professional players P-1 visas, which are intended for "individual athletes."

Dustin Beck, vice president of eSports at Riot, told NBC News that the change in policy "is a watershed moment," both for the field in general and "for the pros who've made this their life's passion and career."

"Going through that protracted process multiple times a year was a real burden, especially for Canadian pros who come here regularly for tournaments," Beck said.

While immigration procedures might not have been so burdensome that they kept players from competing in championships hosted in the U.S. entirely, many individual eSports players stand to benefit because the new immigration policy allows for more flexibility in the creation and managements of teams in the U.S., said Mike Sepso, the co-founder and president of Major League Gaming.

"We've been bringing eSports pros to the U.S. to play for eight years," he said. "It's just been a more difficult visa process. This is great because it's a five-year visa, so many people will be able to come and live here and train in team houses rather than go back and forth constantly."

Dave Walsh, a former eSports athlete who dominated the professional "Halo" circuit under the gamer tag "Walshy" until his retirement in March 2012, said that the eSports community has been extremely proactive.

"This is the kind of thing we got covered before it became an issue," Walsh told NBC News. "It wasn't a huge hurdle to jump over, but this makes it more legitimate."

Walsh, who has been sponsored by brands such as Dr Pepper and Red Bull throughout his 11-plus years in eSports, said that he didn't think new brands would be tripping over themselves to start sponsoring more gamers just because they're now technically considered athletes. But, he said, "maybe this means they will start looking at us more closely."

"Most importantly, I think it's just recognition by a federal government body that, hey, an eSport isn't that different from golf or tennis or any other sport where the government would issue a visa to an athlete," Sepso added.

Beck of Riot Games told NBC that the company has been lobbying U.S. immigration services "for the past six months or so," with the tipping point coming from the inception of a weekly "League Championship Series." 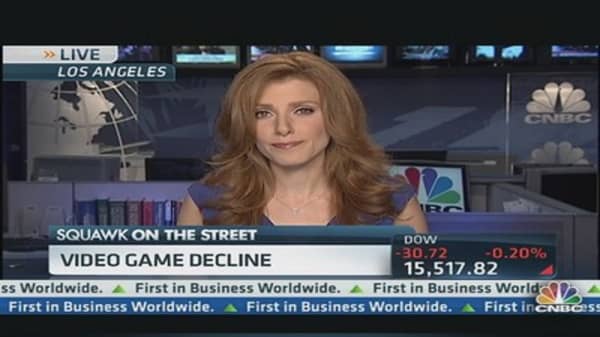 "Prior to that, eSports events tended to be one-off tournaments or battle royals that took place every couple of months," Beck said. "Now it's essentially just like any other professional sports season, with matches happening every Thursday and Friday at our studio in West Los Angeles.

"Effectively, we were able to prove that professional eSports is a full-time job for these talented young players, practicing 10 to12 hours a day with their teammates and competition in regular matches, and the government took note," Beck said.

Whether or not the weekly matches were the final tipping point to change immigration policy, the numbers behind a game like "League of Legends" had jumped enough to boost the game's legitimacy as well.

Ben Goldhaber, senior manager of partnerships at Twitch.tv, a video game live-streaming platform that attracts an average of 38 million unique visitors monthly, told NBC News in an emailed statement that LoL's viewership has "nearly tripled" since last year, with some 450 million views in June alone.

Sepso said that at any given professional circuit competition, he expects to see around 20,000 people in attendance, with another 3 million viewing the match online through a service like Twitch.tv.

Whatever "symbolic" recognition the P-1 visa may grant eSports, the community is no doubt hoping that these numbers have grabbed the attention of another important group: Advertisers.

"It's a rich target," Sepso said. "A big challenge for us has not even been educating consumers or participants, but advertisers. Like: On average, every single one of our viewers is watching for almost three hours per session. You can't even get that with the Super Bowl!"