How low must the Aussie go before the RBA backs off? 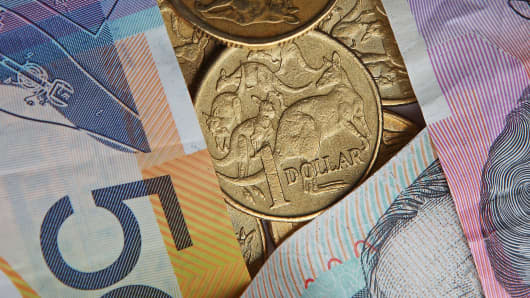 More dovish comments from the Reserve Bank of Australia (RBA) on Tuesday led to another big slide in the Australian dollar, which fell to its lowest level in more than two weeks.

RBA Governor Glenn Stevens said he would not be surprised if the currency, which is down almost 13 percent against the U.S. dollar this year, fell further.

The Aussie dollar fell as low as $0.9050 and remained 1.5 percent lower in late Asia trade. It is one of the worst performing major currencies this year.

Stevens' comments, which reiterate remarks made earlier this month, now have market watchers wondering just how low the Aussie dollar needs to go before the RBA eases up on talking the currency down.

"If the Australian dollar hits the mid-$0.80s in the next couple of months the RBA will ease off," Katrina Ell, associate economist at Moody's Analytics, said. "The lower exchange rate will push inflation higher, so the RBA won't have the room to cut rates anymore."

Consumer price data last week showed that underlying inflation was around 2.4 percent in the second quarter, well within the RBA's long-term target of 2 to 3 percent. Financial markets price in a more than 85 percent chance of an interest rate cut next week when the RBA meets, according to Reuters.

Greg Gibbs, senior FX strategist at RBS, said the RBA would be looking for the Aussie to fall in line with a decline in Australia's terms of trade, which measures the value of exports relative to that of imports.

That means the appropriate level for the Aussie may depend on what happens to commodity prices, he said.

"Where commodity prices are currently, a move in the Australian dollar to around $0.85 might be about right. The RBA would be hoping that this would be sufficient to reignite business confidence," Gibbs said. 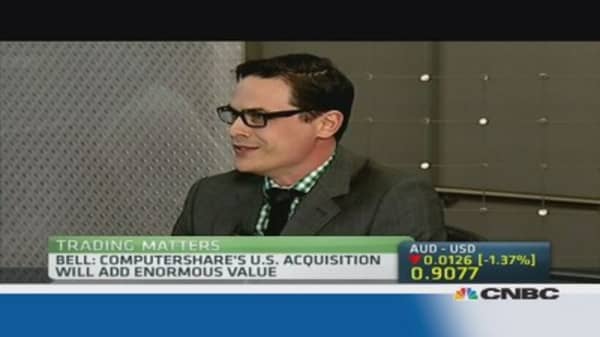 A combination of falling commodity prices, a slowdown in Australia's largest trading partner China, and the likelihood of an unwinding in U.S. monetary stimulus has led to a sharp decline in the Aussie this year.

"The fact they've been talking about the prospect of the currency moving lower over time and as a development that would help the economy in transition, means an Australian dollar below $0.90 is now within sight," DeGaris said.

Data on Tuesday highlighted weakness in Australia's economy. Approvals to build new homes fell almost 7 percent in June from the previous month, compared with analysts' expectations in a Reuters poll for a 2.3 percent rise.

A move below the 90 U.S. cents mark for the Australian dollar could happen as early as this week, DeGaris said.

"There's a whole host of offshore event risk over the next few days that could yet have a material impact on the Australian dollar, including the U.S. GDP (gross domestic product) print, the Federal Reserve meeting outcome and of course Friday's non-farm payrolls report," he added.